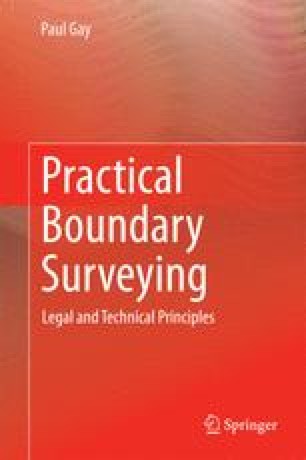 The Public Land Survey System (PLSS), also known as the Rectangular Survey System, is a method of dividing land into rectangular parcels. The system began in 1785 in Ohio, and was further established by the General Land Office (GLO), an independent agency of the U.S. Government, during the 19th century.

Base Line Original Survey Proportionate Measurement High Water Mark Record Distance
These keywords were added by machine and not by the authors. This process is experimental and the keywords may be updated as the learning algorithm improves.
This is a preview of subscription content, log in to check access.