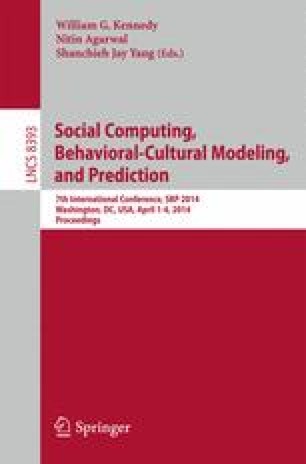 A New Paradigm for the Study of Corruption in Different Cultures

Corruption frequently occurs in many aspects of multi-party interaction between private agencies and government employees. Past works studying corruption in a lab context have explicitly included covert or illegal activities in participants’ strategy space or have relied on surveys like the Corruption Perception Index (CPI). This paper studies corruption in ecologically realistic settings in which corruption is not suggested to the players a priori but evolves during repeated interaction. We ran studies involving hundreds of subjects in three countries: China, Israel, and the United States. Subjects interacted using a four-player board game in which three bidders compete to win contracts by submitting bids in repeated auctions, and a single auctioneer determines the winner of each auction. The winning bid was paid to an external “government” entity, and was not distributed among the players. The game logs were analyzed posthoc for cases in which the auctioneer was bribed to choose a bidder who did not submit the highest bid. We found that although China exhibited the highest corruption level of the three countries, there were surprisingly more cases of corruption in the U.S. than in Israel, despite the higher PCI in Israel as compared to the U.S. We also found that bribes in the U.S. were at times excessively high, resulting in bribing players not being able to complete their winning contracts. We were able to predict the occurrence of corruption in the game using machine learning. The significance of this work is in providing a novel paradigm for investigating covert activities in the lab without priming subjects, and it represents a first step in the design of intelligent agents for detecting and reducing corruption activities in such settings.

Olympic Game Board Game Corruption Perception Index Winning Bidder Corrupt Activity
These keywords were added by machine and not by the authors. This process is experimental and the keywords may be updated as the learning algorithm improves.
This is a preview of subscription content, log in to check access.