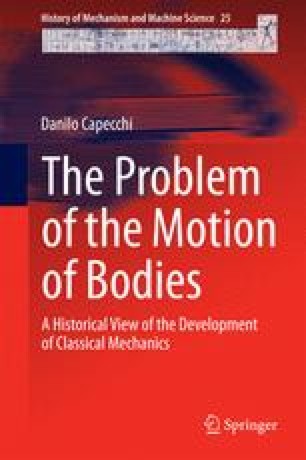 The Science of Motion Sive Mechanics

This chapter concerns the logical and epistemological status, according to the modern categories of thought, of the science of motion of bodies as objects of our perception or of classical mechanics, excluding the case of subatomic particles (quantum mechanics) and speed comparable to that of light (relativistic mechanics). In particular, the relationship between mechanics and mathematics is considered by framing it in the broader context of mathematical physical disciplines. To try to clarify this relationship some accounts of mechanics are referred to, characterized by different kinds of logical formalization and mathematical technicality. The most complex case presented involves the axiomatization of mechanics of deformed bodies, modelled as mathematical continua.

Mathematical Physic Mass Point Inertial Frame Rational Mechanic Arabic Version
These keywords were added by machine and not by the authors. This process is experimental and the keywords may be updated as the learning algorithm improves.
This is a preview of subscription content, log in to check access.