XIII Mediterranean Conference on Medical and Biological Engineering and Computing 2013 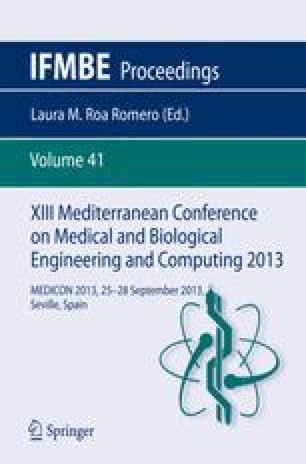 Several studies have shown the effect of visual biofeedback (VBF) on postural control with real-time presentation of centre of pressure (CoP). However, up to now no study has yet focussed on the effect that a predictive VBF could have on postural control. The aim of this study is thus to determine whether the Time-to-Boundary function (TtB) could be used as an efficacious VBF in static posturography.

The CoP coordinates were extracted from force plate data and elaborated to calculate TtB in real-time.

The comparison between the VBF conditions didn’t show significant differences in the studied parameters. This evidence suggests that the participants react in similar way in both conditions, and it opens the possibility of using a predictive VBF as a tool to facilitate postural control in upright stance.