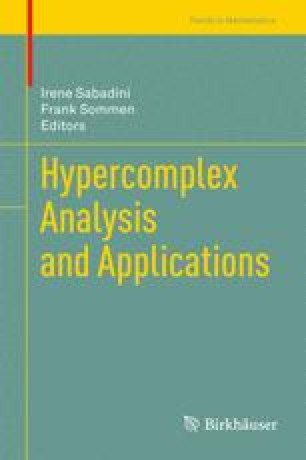 Recently, we have introduced the F-functional calculus and the SC-functional calculus. Our theory can be developed for operators of the form T = T 0 + e 1 T 1 +...+ e n T n where (T 0, T 1,...,T n) is an (n + 1)-tuple of linear commuting operators. The SC-functional calculus, which is defined for bounded but also for unbounded operators, associates to a suitable slice monogenic function f with values in the Clifford algebra ℝn the operator f(T). The F-functional calculus has been defined, for bounded operators T, by an integral transform. Such an integral transform comes from the Fueter’s mapping theorem and it associates to a suitable slice monogenic function f the operator \(\breve{f} (T)\), where \(\breve{f}(x)=\Delta^{\frac{n-1}{2}}f(x)\) and Δ is the Laplace operator. Both functional calculi are based on the notion of F-spectrum that plays the role that the classical spectrum plays for the Riesz-Dunford functional calculus. The aim of this paper is to study the bounded perturbations of the SC-resolvent operator and of the F-resolvent operator. Moreover we will show some examples of equations that lead to the F-spectrum.