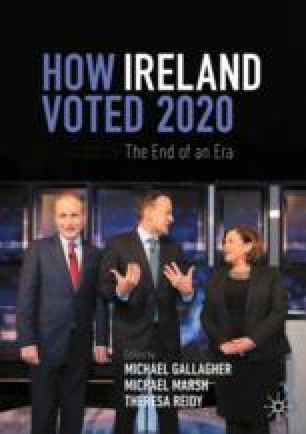 Media and the Election: Social and Traditional Media Narratives in the Campaign

Documenting the coverage of the campaign in traditional and social media, this chapter provides a particular focus on Sinn Féin, which ran a vigorous social media campaign and provided the narrative of ‘change’ that dominated election messaging. This chapter demonstrates that Fine Gael received a disproportionate share of coverage in the traditional media relative to its vote share, a finding explained by the party’s central role in the outgoing government. Sinn Féin was the dominant actor in social media, with the party and its senior politicians generating a much more significant footprint on Twitter and Facebook than its rivals. Electioneering—which includes party politics, election strategy and campaigning—accounted for 51 per cent of all articles in news media, while housing and the pension age were the issues covered most prominently.