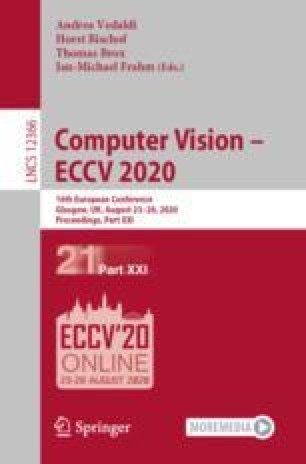 Learning representations that clearly distinguish between normal and abnormal data is key to the success of anomaly detection. Most of existing anomaly detection algorithms use activation representations from forward propagation while not exploiting gradients from backpropagation to characterize data. Gradients capture model updates required to represent data. Anomalies require more drastic model updates to fully represent them compared to normal data. Hence, we propose the utilization of backpropagated gradients as representations to characterize model behavior on anomalies and, consequently, detect such anomalies. We show that the proposed method using gradient-based representations achieves state-of-the-art anomaly detection performance in benchmark image recognition datasets. Also, we highlight the computational efficiency and the simplicity of the proposed method in comparison with other state-of-the-art methods relying on adversarial networks or autoregressive models, which require at least 27 times more model parameters than the proposed method.

In Sect. A.1, we compare the performance of GradCon with other benchmarking and state-of-the-art algorithms on fMNIST. In Sect. A.2, we perform statistical analysis and highlight the separation between inliers and outliers achieved by using the gradient-based representations in CIFAR-10. In Sect. A.3, we analyze different parameter settings for GradCon. Finally, we provide additional details on CURE-TSR dataset in Sect. A.4.

A.1 Additional Results on fMNIST

We compared the performance of GradCon with other benchmarking and state-of-the-art algorithms using CIFAR-10 and MNIST in Table 3 and 4. In Table 5 of the paper, we mainly focused on rigorous comparison between GradCon and GPND which shows the second best performacne in terms of the average AUROC on fMNIST. In this section, we report the average AUROC performance of GradCon in comparison with that of additional benchmarking and state-of-the-art algorithms using fMNIST in Table 7. The same experimental setup for fMNIST described in Sect. 5.1 is utilized and the test set contains the same number of inliers and outliers. GradCon outperforms all the compared algorithms including GPND. Given that ALOCC, OCGAN, and GPND are all based on adversarial training to further constrain the activation-based representations, GradCon achieves the best performance in fMNIST only based on a CAE and requires significantly less computations.
Table 7.

A.2 Histogram Analysis on CIFAR-10

We presented histogram analysis using gray scale digit images in MNIST to explain the state-of-the-art performance achieved by GradCon in Fig. 5. In this section, we perform the same histogram analysis using color images of general objects in CIFAR-10 to further highlight the separation between inliers and outliers achieved by the gradient-based representations. We obtain histograms for CIFAR-10 through the same procedures that are used to generate histograms for MNIST visualized in Fig. 5. In Fig. 6, we visualize the histograms of the reconstruction error, the latent loss, and the gradient loss in CIFAR-10. Also, we provide the percentage of overlap between histograms from inliers and outliers. The measured error on each representation is expected to differentiate inliers from outliers and achieve as small as possible overlap between histograms. The gradient loss shows the smallest overlap compared to other two losses defined in activation-based representations. This statistical analysis also supports the superior performance of GradCon compared to other reconstruction error or latent loss-based algorithms reported in Table 3.

A.3 Parameter Setting for the Gradient Loss

A.4 Additional Details on CURE-TSR Dataset

We visualize traffic sign images with 8 different challenge types and 5 different levels in Fig. 8. Level 5 images contain the most severe challenge effect and level 1 images are least affected by the challenging conditions. Since level 1 images are perceptually most similar to the challenge-free image, it is more challenging for anomaly detection algorithms to classify level 1 images as outliers. The gradient loss from CAE + Grad outperforms the reconstruction error from CAE in all level 1 challenge types. This result shows that the gradient loss consistently outperforms the reconstruction error even when inliers and outliers become relatively similar under mild challenging conditions.