Decision and Game Theory for Security 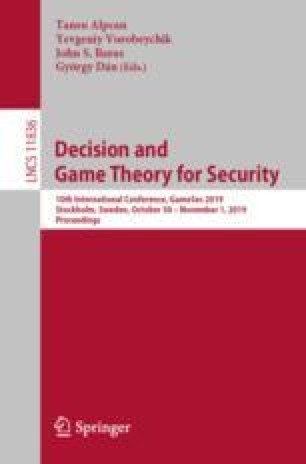 International Conference on Decision and Game Theory for Security

Finding Nash equilibrium in continuous action spaces is a challenging problem and has applications in domains such as protecting geographic areas from potential attackers. We present DeepFP, an approximate extension of fictitious play in continuous action spaces. DeepFP represents players’ approximate best responses via generative neural networks which are highly expressive implicit density approximators. It additionally uses a game-model network which approximates the players’ expected payoffs given their actions, and trains the networks end-to-end in a model-based learning regime. Further, DeepFP allows using domain-specific oracles if available and can hence exploit techniques such as mathematical programming to compute best responses for structured games. We demonstrate stable convergence to Nash equilibrium on several classic games and also apply DeepFP to a large forest security domain with a novel defender best response oracle. We show that DeepFP learns strategies robust to adversarial exploitation and scales well with growing number of players’ resources.

Devising a defender’s best response to the adversary’s belief distribution is non-trivial for this game. So we propose a greedy approximation to the best response. (see Algorithm 2). We define a capture-set for a lumberjack location l as the set of all guard locations within a radius \(R_g\) from any point on the trajectory of the lumberjack. The algorithm involves creating capture-sets for lumberjack locations l encountered so far in mem and intersecting these capture-sets to find those which cover multiple lumberjacks. Then it greedily allocates guards to the top m such capture-sets one at a time, while updating the remaining capture-sets simultaneously to account for the lumberjacks ambushed by the current guard allocation. Our algorithm involves the following approximations:

A.2 Supplementary Experiments with m, n > 1 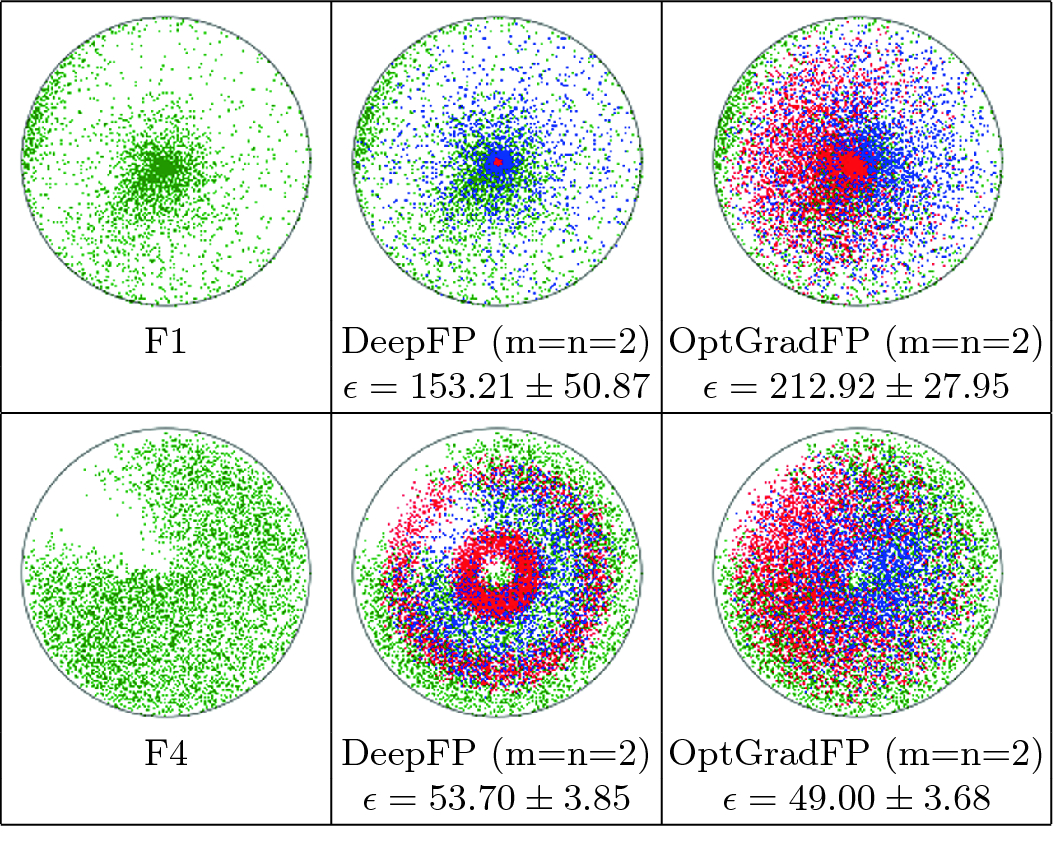 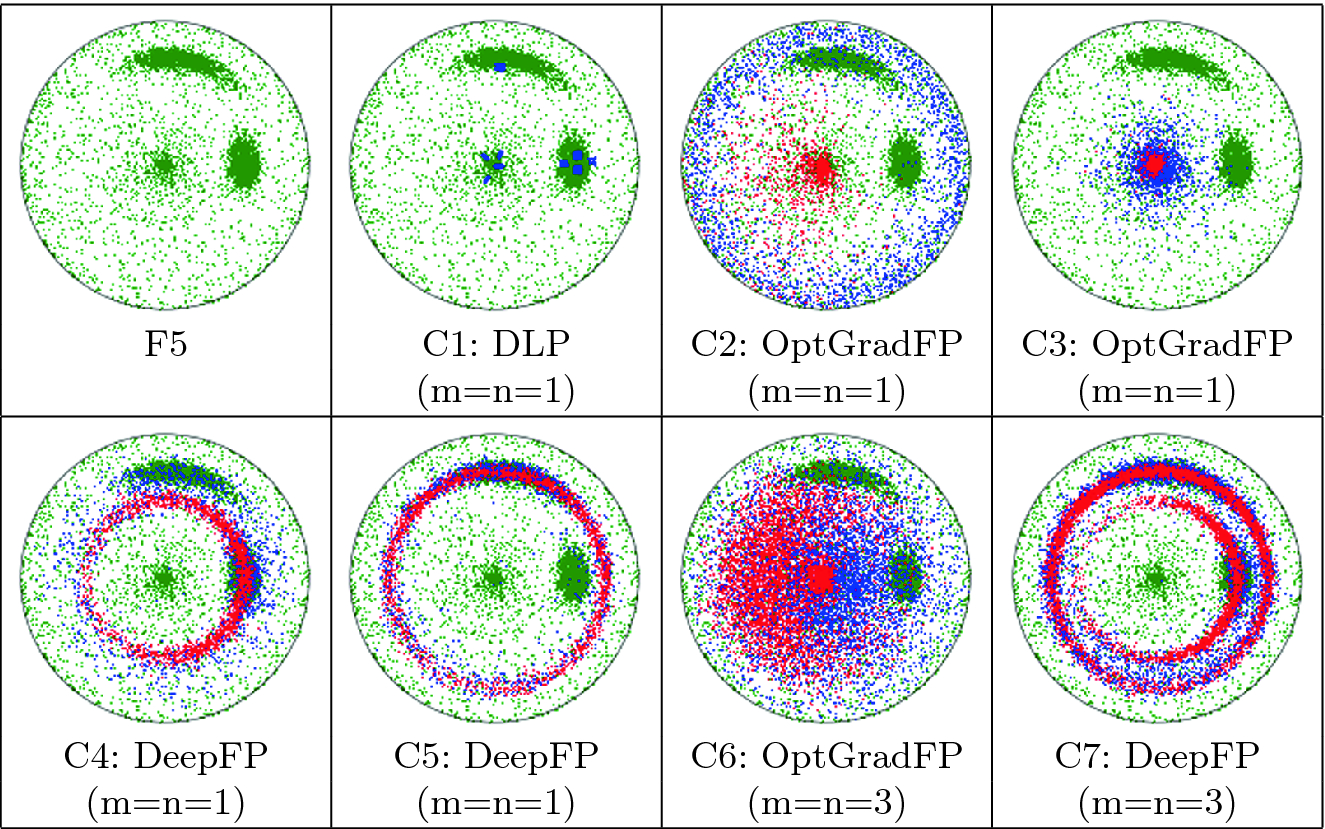 Table 3 shows more experiments for DeepFP and OptGradFP with m,n>1. We see that DeepFP is able to cover regions of importance with the players’ resources but OptGradFP suffers from the zero defender gradients issue due to logit-normal strategy assumptions which often lead to sub-optimal results and higher exploitability.

To further study the issue of getting stuck in locally optimal strategies we show experiments with another forest F5 in Table 4. F5 has three dense tree patches and very sparse and mostly empty other parts. The optimal defender’s strategy computed by DLP for m = n = 1 is shown in C1. In such a case, due to the tree density being broken into patches, gradients for both players would be zero at many locations and hence both algorithms are expected to get stuck in locally optimal strategies depending upon their initialization. This is confirmed by configurations C2, C3, C4 and C5 which show strategies for OptGradFP and DeepFP with m = n = 1 covering only a single forest patch. Once the defender gets stuck on a forest patch, the probability of coming out of it is small since the tree density surrounding the patches is negligible. However, with more resources for the defender and the adversary m = n = 3, DeepFP is mostly able to break out of the stagnation and both players eventually cover more than a single forest patch (see C7), whereas OptGradFP is only able to cover additional ground due to random initialization of the 3 player resources but otherwise remains stuck around a single forest patch (see C6). DeepFP is partially able to break out because the defender’s best response does not rely on gradients but rather come from a non-differentiable oracle. This shows how DeepFP can break out of local optima even in the absence of gradients if a best response oracle is provided, however OptGradFP relies purely on gradients and cannot overcome such situations.

All our models were trained using TensorFlow v1.5 on a Ubuntu 16.04 machine with 32 CPU cores and a Nvidia Tesla K40c GPU.

Cournot Game and Concave-Convex Game. Best response networks for the Cournot game and the Concave-convex game consist of single fully connected layer with a sigmoid activation, directly mapping the 2-D input noise \(z \sim {\mathcal N}([0,0],I_2)\) to a scalar output \(q_p\) for player p. Best response networks are trained with Adam optimizer [16] and learning rate of 0.05. To estimate payoffs, we use exact reward models for the game model networks. Maximum games were limited to 30,000 for Cournot game and 50,000 for Concave-convex game.

Forest Protection Game. The action \(u_p\) of player p contains the cylindrical coordinates (radii and angles) for all resources of that player. So, the best response network for the Forest protection game maps \(Z_A \in {\mathbb R}^{64}\) to the adversary action \(u_A \in {\mathbb R}^{n \times 2}\). It has 3 fully connected hidden layers with \(\{128,64,64\}\) units and ReLU activations. The final output comes from two parallel fully connected layers with n (number of lumberjacks) units each: (a) first with sigmoid activations outputting n radii \(\in [0,1]\), and (b) second with linear activations outputting n angles \(\in [-\infty , \infty ]\), which are modulo-ed to be in \([0, 2\pi ]\) everywhere. All layers are L2-regularized with coefficient \(10^{-2}\):
$$\begin{aligned} x_A&= relu(FC_{64}(relu(FC_{64}(relu(FC_{128}(Z_A)))))) \\ u_{A,rad}&= \sigma (FC_n(x_A));\quad u_{A,ang} = FC_n(x_A) \end{aligned}$$
The game model takes all players’ actions as inputs (i.e. matrices \(u_D, u_A\) of shapes (m, 2) and (n, 2)) respectively) and produces two scalar rewards \(r_D\) and \(r_A\). It internally converts the angles in the second columns of these inputs to the range \([0, 2\pi ]\). Since the rewards should be invariant to the permutations of the defender’s and adversary’s resources (guards and lumberjacks resp.), we first pass the input matrices through non-linear embeddings to interpret their rows as sets rather than ordered vectors (see Deep Sets [29] for details). These non-linear embeddings are shared between the rows of the input matrix and are themselves deep neural networks with three fully connected hidden layers containing \(\{60, 60, 120\}\) units and ReLU activations. They map each row of the matrices into a 120-dimensional vector and then add all these vectors. This effectively projects the action of each player into a 120-dimensional action embedding representation invariant to the ordering of the resources. The players’ embedding networks are trained jointly as a part of the game model network. The players’ action embeddings are further passed through 3 hidden fully connected layers with \(\{1024, 512, 128\}\) units and ReLU activations. The final output rewards are produced by a last fully connected layer with 2 hidden units and linear activation. All layers are L2-regularized with coefficient \(3 \times 10^{-4}\):
$$\begin{aligned} emb_p&= \sum _{dim=row}(DeepSet_{60,60,120}(u_p))\quad \forall p \in \{D,A\} \\ \hat{r}_D, \hat{r}_A&= FC_{2}(relu(FC_{128}(relu(FC_{512}(relu(FC_{1024}(emb_D, emb_A)))))) \end{aligned}$$
The models are trained with Adam optimizer [16]. Note that the permutation invariant embeddings are not central to the game model network and only help to incorporate an inductive bias for this game. We also tested the game model network without the embedding networks and achieved similar performance with about 2x increase in the number of iterations since the game model would need to infer permutation invariance from data.