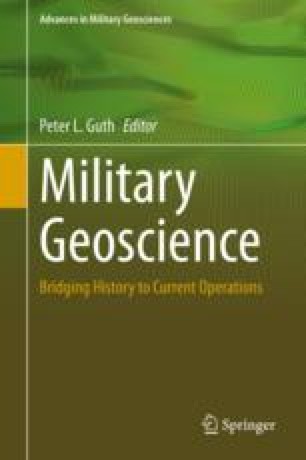 Much has been written about the intelligence fiasco of the Israel Defense Forces (IDF) with respect to the 1973 Yom Kippur (October) War. Less than a handful of papers have highlighted what led to the intelligence blunder, namely, the main intelligence research agencies’ refusal to accept geographic intelligence. This paper, based mainly upon the 2nd author’s personal experience, reviews the 5-year process of the IDF geographic intelligence research prior to the surprise Egyptian offensive. This research, based upon aerial photo interpretation and terrain analysis, identified and explained step-by-step tactical infrastructural changes in the Soviet-supported Egyptian military field preparations for crossing the Suez Canal that were verified from ground observations and personal recollections of commanders and intelligence personnel from both sides during and after the War.

This paper is partly based on a chapter in Dekel-Dolitzky (2010). It dedicated to the late Major (reserves) Benny Kain who prior to his dismission from long and exceptional reserve duties was also the first to foresee that toward the turn of the century, the underground and tunnels will be the emerging terrain application for terror and guerilla warfare against Israel.