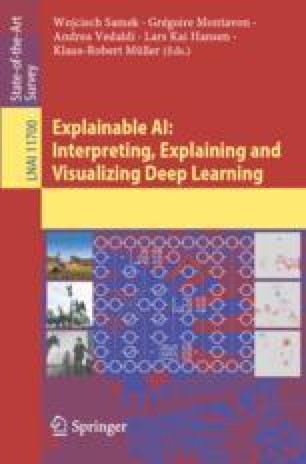 Deep neural networks successfully pervaded many applications domains and are increasingly used in critical decision processes. Understanding their workings is desirable or even required to further foster their potential as well as to access sensitive domains like medical applications or autonomous driving. One key to this broader usage of explaining frameworks is the accessibility and understanding of respective software. In this work we introduce software and application patterns for explanation techniques that aim to explain individual predictions of neural networks. We discuss how to code well-known algorithms efficiently within deep learning software frameworks and describe how to embed algorithms in downstream implementations. Building on this we show how explanation methods can be used in applications to understand predictions for miss-classified samples, to compare algorithms or networks, and to examine the focus of networks. Furthermore, we review available open-source packages and discuss challenges posed by complex and evolving neural network structures to explanation algorithm development and implementations.

The authors thank Sebastian Lapuschkin, Grégoire Montavon and Klaus-Robert Müller for their valuable feedback. This work was supported by the Federal Ministry of Education and Research (BMBF) for the Berlin Big Data Center 2 - BBDC 2 (01IS18025A). 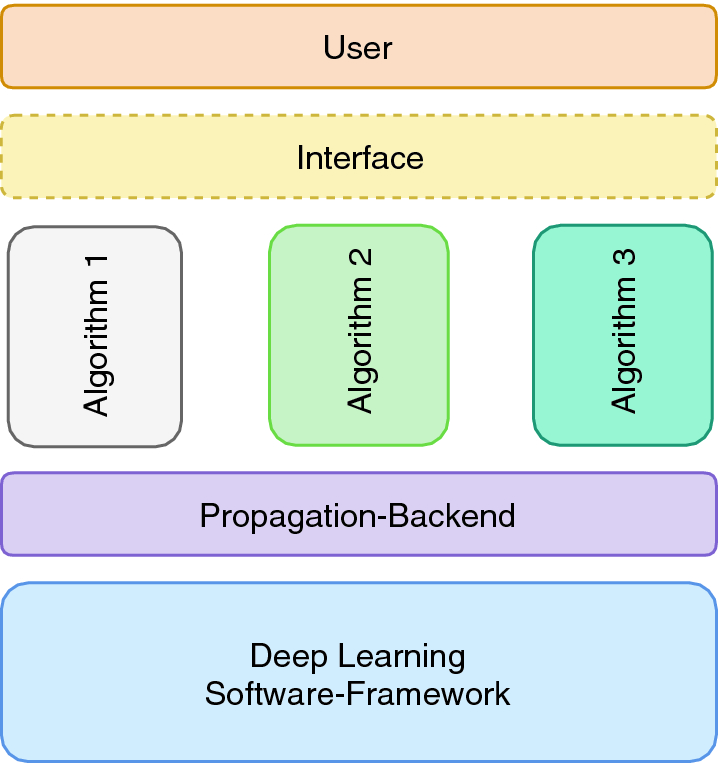 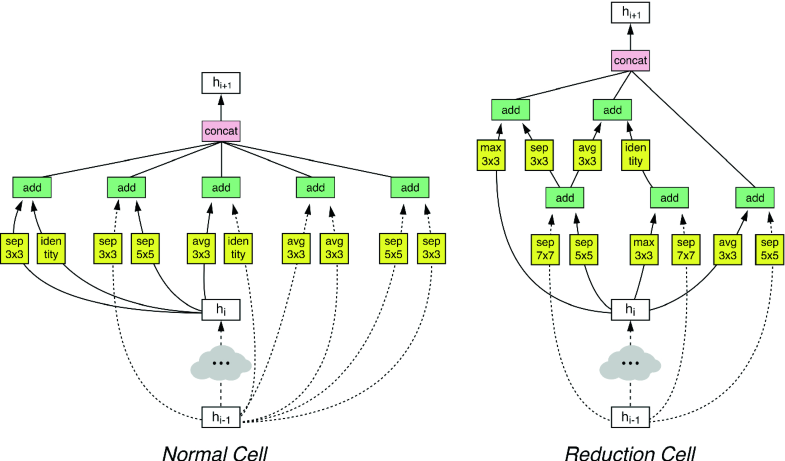 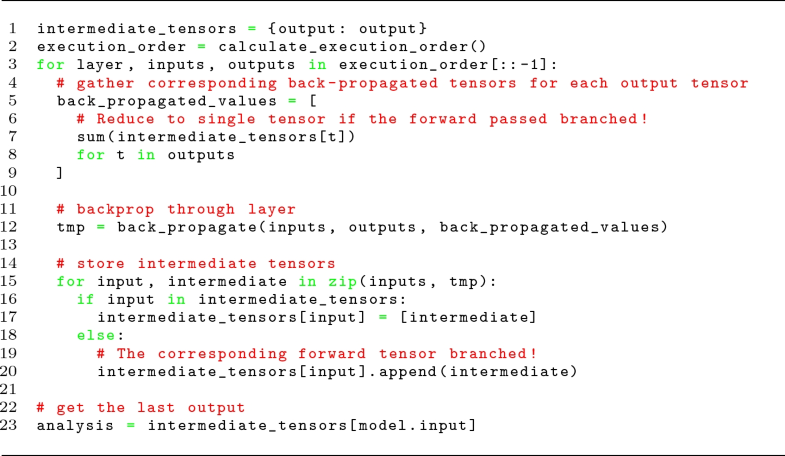 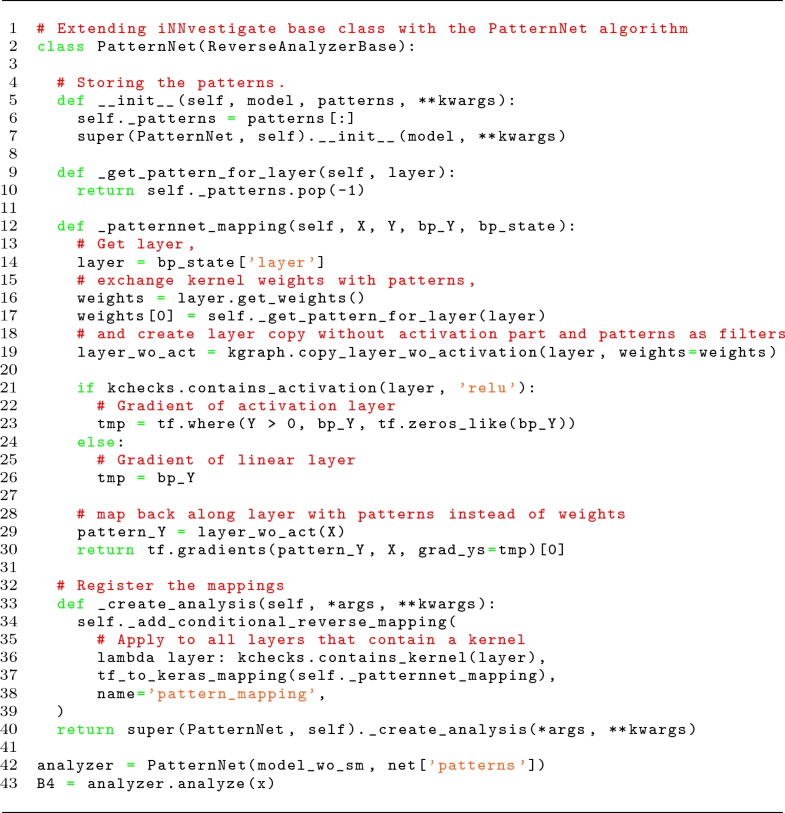 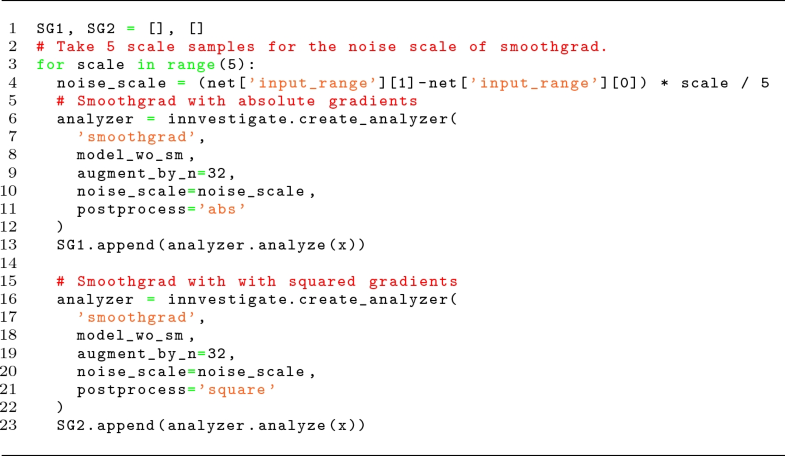 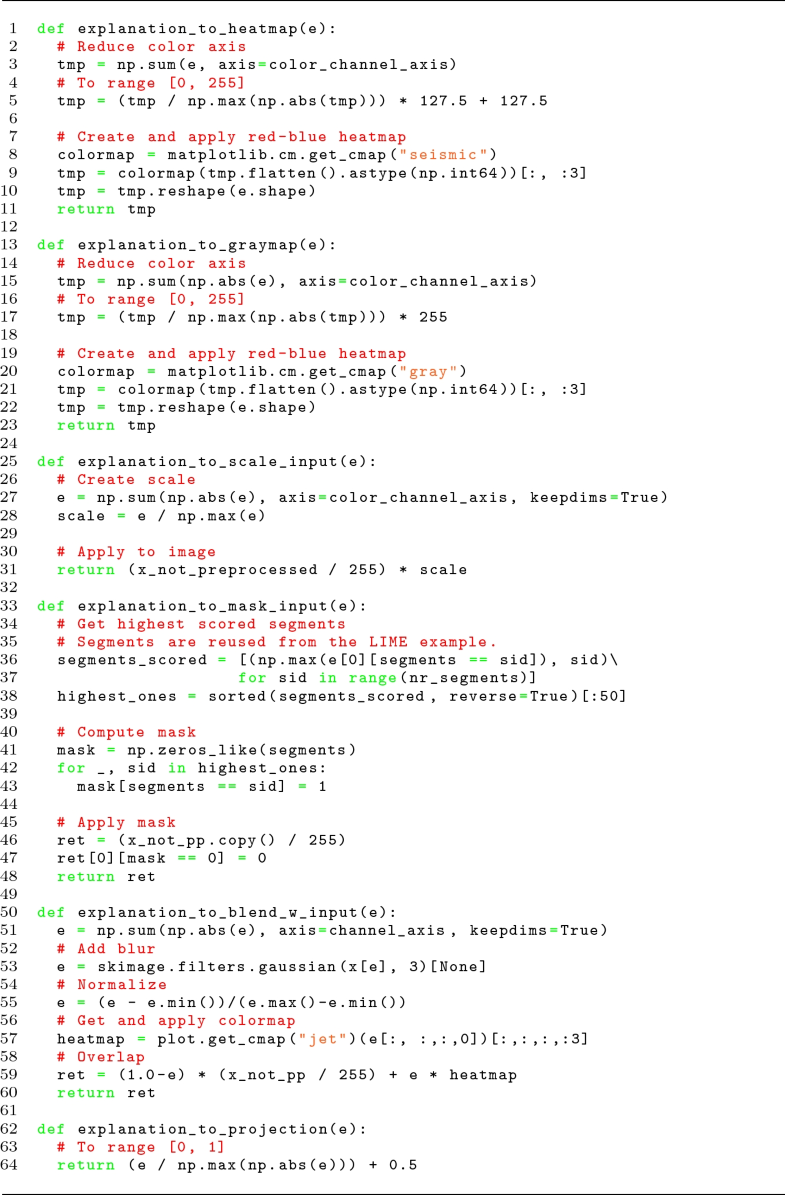 Creating a Propagation Backend. Let us reiterate the aim, which is to create routines that capture common functionality to all propagation-based algorithms and thereby facilitate their efficient implementation. Given the information which graph-parts shall be mapped and how, the backend should decompose the network accordingly and then process the back-propagation as specified. It would be further desirable that the backend is able to identify if a given neural network is not compatible with an algorithm, e.g., because the algorithm does not cover certain network properties.
In this regard we see as major challenges for creating an efficient backend the following:

Interface & Matching. The first step towards a clear interface is to regard a neural network as a directed-acyclic-graph (DAG) of layers—instead of a stack of layers. The notion of a graph of “layers” might not seem intuitive in the first place and comes from the time when neural networks were typically sequential, thus one layer was stacked onto another. Modern networks, e.g., as NASNetA in Fig. 22.9, can be more complex and in such architectures each layer is rather a node in a graph than a layer in a stack. Regardless of that, nodes in such a DAG are still commonly called layers and we will keep this notation.

A second step is to be aware of DAG’s granularity. Different deep learning frameworks represent neural networks in different ways and layers can be composed of more basic operations like additions and dot products, which in turn can be decomposed further. The most intuitive and useful level for implementing explanation methods is to view each layer as node. A more fine-grained view is in many cases not needed and would only complicate the implementation. On the other hand, we note that it might be desired or necessary to fuse layers of networks into one node, e.g., adjacent convolutional and batch normalization layers can be expressed as a single convolutional layer.

Building on this network representation, there are two interfaces to define. One to define where a mapping shall be applied and one how it should be performed.

There are two ways to realize the matching interface and they can be sketched as follows. The first binds a custom backward mapping before or during network building to a method of a layer class—statically by extending a layer class or by overloading its gradient operator. The second receives the already build model and matches the mappings dynamically to the respective layer nodes. This can be done by evaluating a programmable condition for each layer instance or node in order to assign a mapping. Except for the matching conditions, both techniques expose the same interface and in contrast to the first approach the later is more challenging to implement, but has several advantages: (1) It exposes a clear interface by separation of concerns: the model building happens independently of the explanation algorithm. (2) The forward DAG can be modified before the explanation is applied, e.g., batch normalization layer can be fused with convolutional layers. (3) When several explanation algorithms are build for one network, they can share the forward pass. (4) The matching conditions can introspect the whole model, because the model was already build at that point in time. (5) One can build efficiently the gradient w.r.t. explanations by using forward-gradient computation—in the background and for all explanation algorithms by using automatic differentiation.

The two approaches can be sketched in Python as follows:
The second interface addresses the backward mapping and is a function that takes as parameters the input and output tensors of the targeted layer, the respective back-propagated values for the output tensors and, optionally, some meta-information on the back-propagation process. The following code segment shows the interface of a backward mapping function in the iNNvestigate library. Due to same purpose other implementations have very similar interfaces. Note that this signature can not only be used for the backward mapping of layers, but for any connected sub-graph. In the remainder we will use a simplified interface where each layer has only one input and one output tensor.

Back-propagation. Having matched backward mappings with network parts the backend still needs to create the actual backward propagation. Practically this can be done explicitly, as we will show below, or by overloading the gradient operator in the deep learning framework of choice. While the latter is easier to implement it less flexible and has the dis-advantages mentioned above.

The implementations of neural networks is characterized by their layer-oriented structure and the simplest of them are sequential neural networks where each layer is stacked on another layer. To back-propagate through such a network one starts with the model’s output value and propagates from top layer to the next lower one and so on. Given mapping functions that take a tensor and back-propagate along a layer, this can be sketched as follows:
In general neural networks can be much more complex and are represented as directed, acyclic graphs. This allows for multiple input and output tensors for each “layer node”. An efficient implementation is for instance the following. First the right propagation order is established using the depth-first search algorithm to create a topological ordering [14]. Then given this ordering, the propagation starts at the output tensors and proceeds in direction of the input tensors. At each step, the implementation collects the required inputs for each node, applies the respective mapping and keeps track of the back-propagated tensors after the mapping. Note, nodes that branch in the forward pass, i.e., have an output tensor that is used several times in the forward pass, receive several tensors as inputs in the backward pass. These need to be reduced to a single tensor before being fed to the backward mapping. This is typically like in the gradient computation, namely by summing the tensors:

The exemplary implementation for PatterNet discussed in Sect. 22.2.2:

The exemplary implementation of visualization approaches discussed in Sect. 22.2.3: