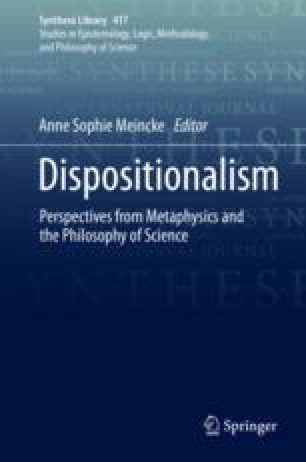 Stephen Mumford has argued that dispositionalists ought to be endurantists because perdurantism, by breaking down persisting objects in sequences of static discrete existents, is at odds with a powers metaphysics. This has been contested by Neil Williams who offers his own version of ‘powerful’ perdurance where powers function as links between the temporal parts of persisting objects. Weighing up the arguments given by both sides, I show that the profile of ‘powerful’ persistence crucially depends on how one conceptualises the processes involved in the manifestation of powers. As this turns out not to be determined per se by subscribing to some view labelled ‘powers view’, further discussion is needed as to what processes are and to what kind of process theory a powers metaphysics should commit itself in order to be convincing. I defend the claim that dispositionalism is best combined with a version of process ontology that is indeed incompatible with a perdurantist analysis of persistence. However, I argue that this does not imply that dispositionalists ought to be endurantists.

This chapter brings together research I conducted at the University of Innsbruck, Austria, under the auspices of the research project “Powers and the Identity of Agents” (PI: E. Runggaldier), funded by Austrian Science Fund, and at the University of Exeter, UK, under the auspices of the research project “A Process Ontology for Biology” (PI: J. Dupré), funded by the European Research Council. I completed the final version of the chapter while working on the research project “Better Understanding the Metaphysics of Pregnancy” (PI: E. Kingma) at the University of Southampton, UK, also funded by the European Research Council. Many thanks to all institutions and funders. The chapter has benefitted from three public presentations, given on 1st August 2013 in Innsbruck, Austria, at the conference “The Ontological Commitments of Dispositionalism”, organised by me and D. Wehinger as part of the project “Powers and the Identity of Agents”; on 20th May 2015 in Exeter, UK, as part of the public lecture series at the Centre for the Study of Life Sciences (Egenis) of the University of Exeter; and on 21st September 2018 in Cologne, Germany, at the workshop “Change and Change-Makers. New Perspectives on the Problem of Persistence”, organised by the Society for Philosophy of Time (S.P.O.T.) in association with the 10th Congress of the German Society for Analytic Philosophy (GAP). I am grateful to the audiences in Innsbruck, Exeter and Cologne for inspiring discussions. Last but not least, I am indebted to Neil E. Williams for his efforts to help me understand his view, to Stephen Mumford for very useful comments on an earlier draft of this chapter and to an anonymous reviewer for their helpful feedback.