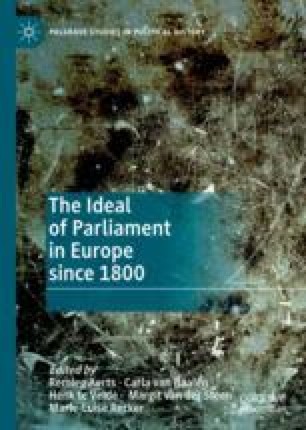 Change and Continuity: Implementing Parliamentary Democracy in Eastern Europe After 1989 with a Focus on Slovenia

Gašparič discusses the political situation in East-Central Europe after the fall of the single-party regimes, during transition, when a rapid and almost uncritical rebirth of parliamentarianism seemed almost logical. He explores from where parliamentarianism actually drew so much life power, especially regarding the fact, that 30 years later the lack of confidence in the parliament is a characteristic present in all eastern countries. Focusing on Slovenia, he draws attention to four crucial factors: historical legacy, role of socialist parliamentarianism, Western influence and expectations of people. The chapter concludes with an analysis of the comprehension of the parliamentary democracy and its essence.