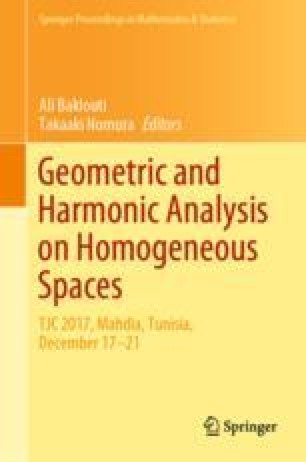 We wish to thank Camille Laurent-Gengoux for several useful discussions related to the content of this article.

In this appendix we give proofs for two “folkloristic” but subtle (and useful) extensions of well-known results in differential topology. Both are used in [8] but ask for a detailed proof. A brief sketch of a proof of the first result is given on the pages 88–89 in [2].

We begin with the tubular neighborhood theorem, in the presence of a foliation:

Let g be a fixed (auxiliary) Riemannian metric on the manifold M.

Post-composing \(\varphi \) with \(\psi \) yields a chart of M near q compatible with the foliation \(\mathcal {W}\) and “adapted” to N. Obviously, we can construct a locally finite covering of N by open subsets of M that are domains of such charts, again denoted by \(\varphi :U\rightarrow V_1\times V_2\) for simplicity.

The last argument relies on a standard result in differential topology (cf., e.g., Proposition 7.3 in [6]):

Now we show the relative Poincaré lemma, again in the presence of a foliation: