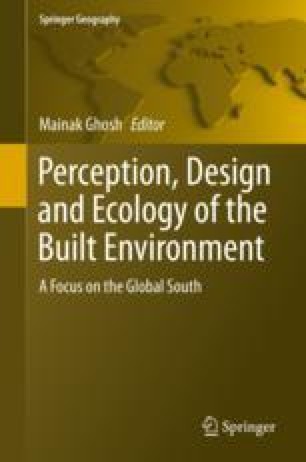 Perception, Design and Ecology of the Built Environment pp 91-106 | Cite as

Transportation and Built Environment: Bus-Sense for Global South Based on a Case for Bringing Back Life in Bus Transport

Cities in India are growing at unprecedented rate. The migration from the rural areas is creating pressure on the built environment and its systems. Cities are complex built environment which survive solely on many complex systems which keep it working. It’s similar to our body, organs, and systems. One of these systems is the urban transport system. The Indian government is doing its best to build flyovers, more roads, and metro rail systems, promoting smart infrastructure and creating policies. Urban transport is one of the highest capital intense investments. The developing world is visibly concerned of the financial rate of return and economic rate of return to ensure these infrastructure investments are not a burden on the country and the citizens. However, the current paradigm of measuring the livability index and quality of life is gaining more attention. Parameters for evaluating the quality of built environment are becoming center of discussions across forums.

The author brings attention to the impact on the quality of life for an individual who uses the good old, low tech yet agile bus transport for his daily commute while metro is being built in the city. Daily commute is the largest component of the trips in cities. Bus systems existed in many cities years and many decades before the focus shifted to building metro rail systems. These bus systems are quite flexible, and their dexterity allows it to perfectly respond to the organic nature of the urban development and is less capital intense. This article presents observations based on the daily commute of a person over a year. More than the quantitative data from the persons notes, the qualitative aspects are important. Reduced stress and opportunity to positively utilize this commute time is helping the author make his proposition. The author proposes that high capacity rail systems are inevitable for future, but the existing bus systems should not be neglected. In fact, to realize the vision of a multimodal integrated transport for the cities, attention and investments are required to establish good governance and robust systems, harness capacity of information technology, and design better user experience for these bus systems.

Cite this chapter as:
Dandekar Y. (2020) Transportation and Built Environment: Bus-Sense for Global South Based on a Case for Bringing Back Life in Bus Transport. In: Ghosh M. (eds) Perception, Design and Ecology of the Built Environment. Springer Geography. Springer, Cham. https://doi.org/10.1007/978-3-030-25879-5_5