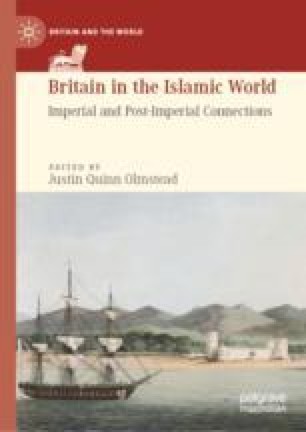 ‘What Britain Has Done for Islam’: British Propaganda to the Islamic World During World War II, 1939–1942

With the outbreak of World War II, both Britain and Germany developed propaganda campaigns that portrayed themselves as sympathetic to Islam and protectors of the Islamic tradition, while simultaneously working to undermine the others’ claim to this same allegiance. Axis propaganda to the Islamic world has been well documented and subject to deep historical analysis, but the way in which the British crafted their message for this same audience is deserving of deeper exploration, particularly as a reflection of British assumptions about the Islamic world at a time when much of it fell under British control. British planners viewed the Islamic world as, on the one hand, a monolithic entity that would act in unity against outside threats and, at the same time, diverse in local practice and politically divided. British propagandists appropriated religious language and imagery to try and convince Muslim populations that there was an affinity between the ideals of the Allied powers and Islam. Some messages were designed to inspire a sense of sympathy toward Britain in the Islamic world, while others exploited sectarian divisions. This chapter examines four case studies that highlight the many facets of this propaganda program: (1) the pre-war planning process, during which planners wrestled with the tension between local and global forces in the Islamic world and the ways in which religious rhetoric and tools might be mobilized; (2) the use of rumor and whispering campaigns and facets of popular Islam, such as prophecy and astrology, to disseminate a pro-British message among populations outside of the reach of official channels; (3) publicity efforts surrounding the pilgrimage to Mecca; and (4) British recruitment of Shia religious scholars from India to visit Karbala and Najaf during the war on a dual mission to engage in pro-Allied oral propaganda, while also reassuring Iraqi Shia of the status of Indian Muslims under British rule. These methods drew on broad information networks across the Islamic world, providing insight into the ways in which the British navigated these complex realities of the local and global. They simultaneously targeted the sensibilities of local communities while taking advantage of the interconnected aspects of the Islamic world, for example, pilgrimage traffic and the circulation of religious scholars and ideas. While the question of local reception of these campaigns is difficult to determine, the nature of the message itself and the modes of delivery provide insight into the British conceptualization of the Islamic world at this key turning point.