Thomas Seebohm on the Foundations of the Sciences 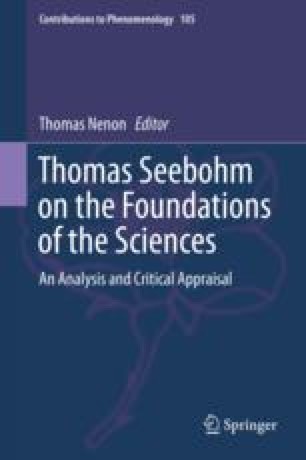 In this paper, I propose to extend Seebohm’s conclusion to the ontology of chemical wholes as object of quantum chemistry and to argue that Husserl’s formal mereology is descriptively inadequate for this regional ontology as well. This may seem surprising at first, since the objects studied by quantum chemists are not organic wholes. However, my discussion of atoms and molecules as they are understood in quantum chemistry will show that Husserl’s classical summative and extensional mereology does not accurately capture the relations between chemical wholes and their parts. This conclusion is relevant for the question of the reducibility of chemical wholes to their parts and of the reducibility of chemistry to physics, issues that have been of central importance within the philosophy of chemistry for the past several decades.

Cite this chapter as:
Banchetti-Robino M.P. (2020) The Inadequacy of Husserlian Formal Mereology for the Regional Ontology of Chemical Wholes. In: Nenon T. (eds) Thomas Seebohm on the Foundations of the Sciences. Contributions to Phenomenology (In Cooperation with The Center for Advanced Research in Phenomenology), vol 105. Springer, Cham. https://doi.org/10.1007/978-3-030-23661-8_10