The Palgrave Handbook of Screen Production 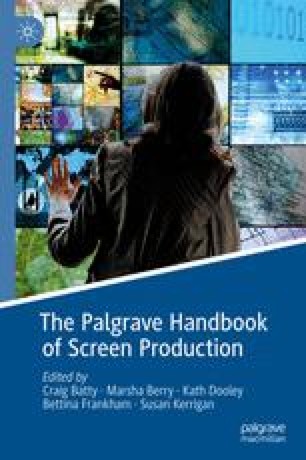 The Palgrave Handbook of Screen Production pp 243-255 | Cite as

Editing the Observed: Evaluation and Value Creation Processes in the Editing of a Feature Documentary Film

This chapter reflects on the valuation and value creation processes within the editing of the feature documentary film and practice-based research project, Colours of the Alphabet (2016), directed and co-edited by the author. The film focuses on the global challenge of the lack of mother-tongue education, and tells the story of three Zambian primary one students and their families over their first year at school, as they enter an education system where they must learn in a language that is not their own. The chapter uses the editing process of the film as the basis of a proposal for a two-phase perspective as a means to examine the specificities of the practice of editing within creative documentary filmmaking, particularly in films constructed from observational and interview-based content. It suggests the wider editing process of the film can be separated into, first, an evaluation phase, which focuses on the revision, reduction and selection of content, and, second, a value creation phase where the film is brought to its final form, calling attention to the negotiation of syntax, form and narrative. It argues that these processes delineate documentary film editing, and can also be better understood through the theoretical examination of valuation processes as suggested by the work of anthropologist David Graeber (Towards an Anthropological Theory of Value: The False Coin of Our Own Dreams. New York: Palgrave, 2001) and his proposals for an understanding of concepts of value and valuation, and their interconnectedness, with the evaluative purview of the individuals at their centre. The chapter also leans on the work of film practice scholars, including David MacDougall (Transcultural Cinema. Princeton: Princeton University Press, 1998), Michael Chanan (Filming the Invisible. In T. Austin & W. De Jong (Eds.), Rethinking Documentary: New Perspectives, New Practices (pp. 121–133). Maidenhead: McGraw Hill Education) and Gideon Koppal (Journal of Media Practice, 8(3): 305–323, 2008), to help illustrate this model through a reflective examination of the editing of the film at its centre, suggesting that this two-phase perspective not only aids understanding of the specificity of editing processes within documentary filmmaking more broadly, but also provides a framework through which documentary film practice students can develop their own editing approaches as they critically engage with their own way of working.