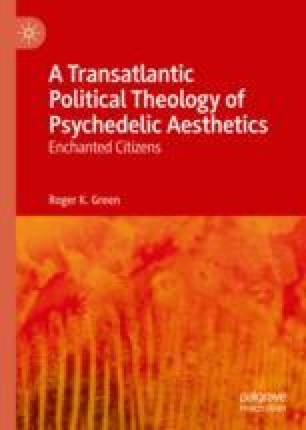 This chapter argues that we should think of Aldous Huxley as a political theologian, but that in order to do so we need to take literary aesthetics seriously with respect to political discourse and crises in liberal democracy. This is an echo of the broader argument about aesthetics in Chap.  1. Largely focusing on Huxley’s work, there is a digression on the concept of “soma” and an argument that academic interest in soma codes aspirations toward liberalism and globalization that are still entrenched within a European phantasy structure. Returning to Huxley, it argues for a deeper reading of Huxley’s works to show how he uses characters to display aspects of metempsychosis and incarnation. Such readings offer deliberative insight into current crises.