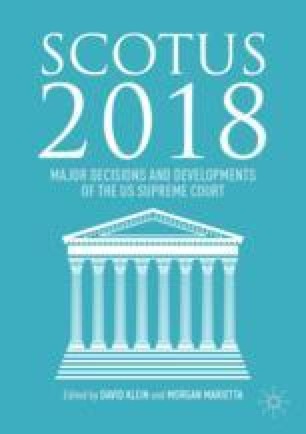 In his first year on the Court, Justice Gorsuch has been a reliably conservative voice. His vote made the difference in several major decisions, usually ruling alongside Justices Alito, Kennedy, Roberts, and Thomas in 5–4 cases such as Janus v. AFSCME, NIFLA v. Becerra, Husted v. A. Philip Randolph Institute, and Trump v. Hawaii. President Trump’s promise to appoint someone in the vein of Antonin Scalia—from his originalist judicial philosophy, to his stature and intellect, to his engaging writing—was kept. Given his age, Justice Gorsuch will likely be a major force on the Court for the next three to four decades.