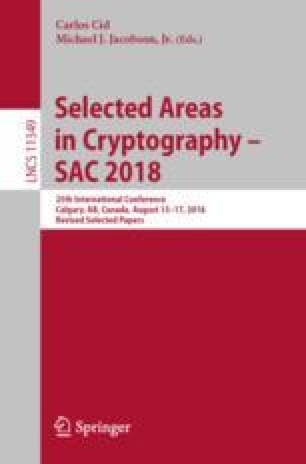 In the context of Fully Homomorphic Encryption, which allows computations on encrypted data, Machine Learning has been one of the most popular applications in the recent past. All of these works, however, have focused on supervised learning, where there is a labeled training set that is used to configure the model. In this work, we take the first step into the realm of unsupervised learning, which is an important area in Machine Learning and has many real-world applications, by addressing the clustering problem. To this end, we show how to implement the \(K\)-Means-Algorithm. This algorithm poses several challenges in the FHE context, including a division, which we tackle by using a natural encoding that allows division and may be of independent interest. While this theoretically solves the problem, performance in practice is not optimal, so we then propose some changes to the clustering algorithm to make it executable under more conventional encodings. We show that our new algorithm achieves a clustering accuracy comparable to the original \(K\)-Means-Algorithm, but has less than \(5\%\) of its runtime.

A. Jäschke was financed by the Baden-Wurttemberg Stiftung as a part of the PAL SAaaS project. 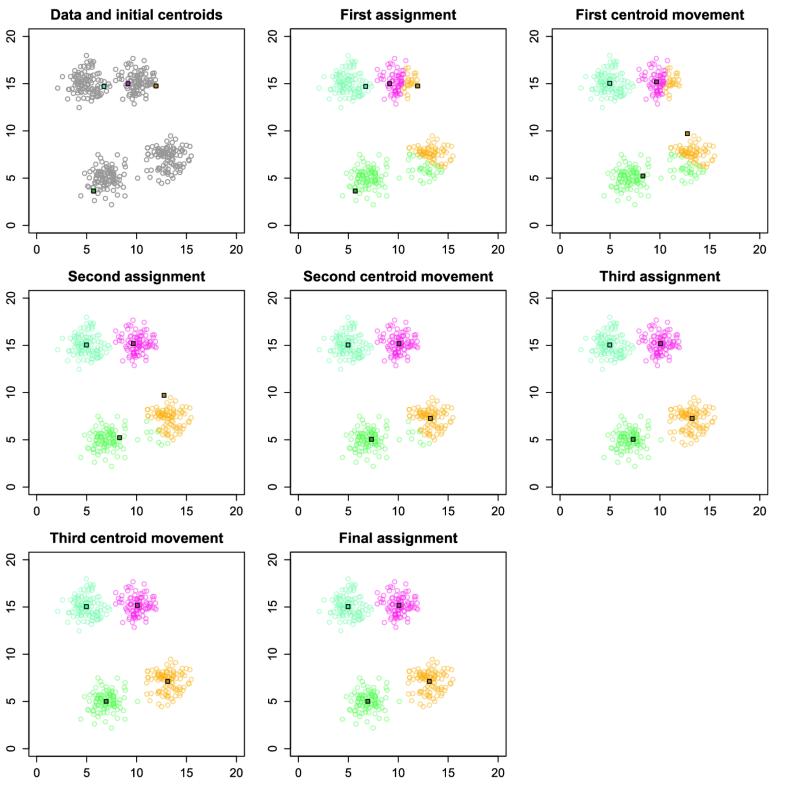 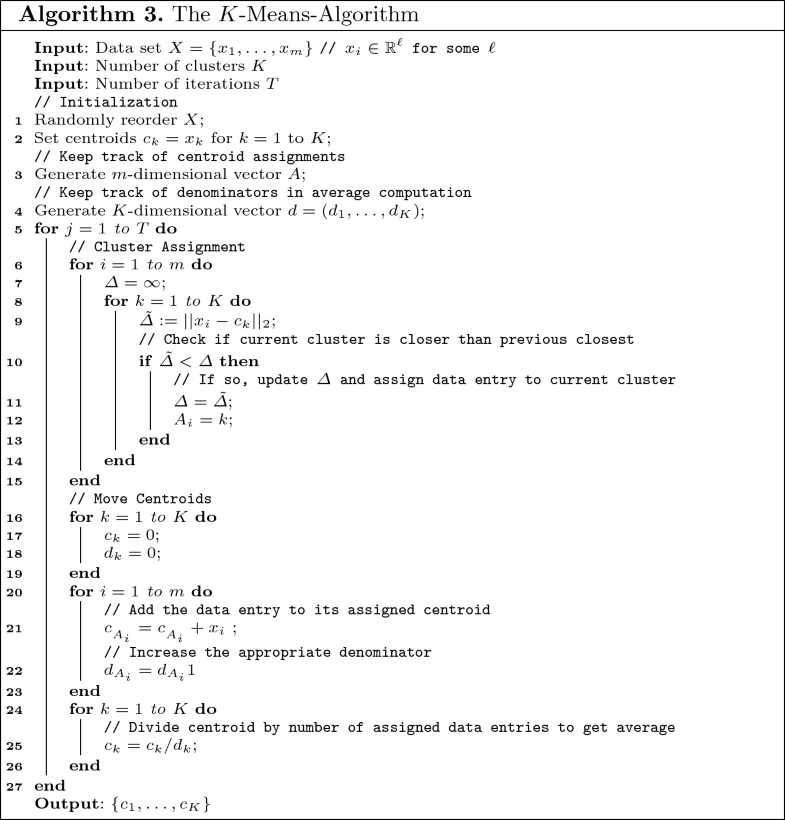 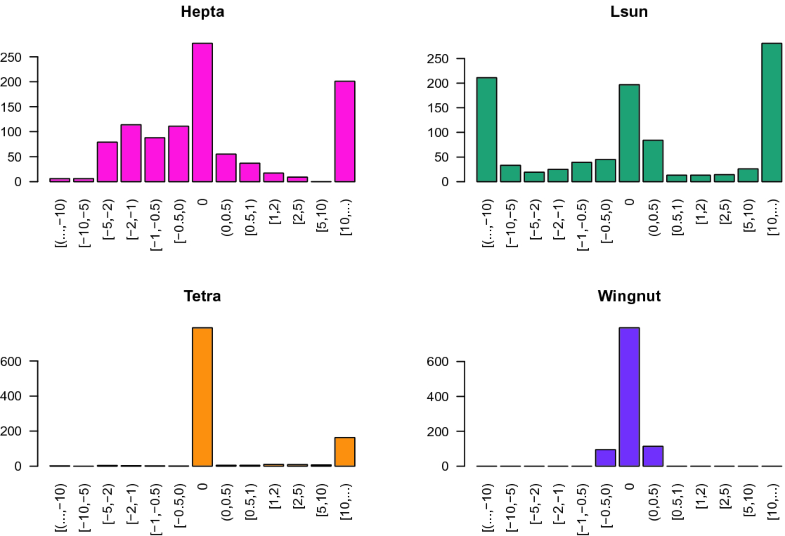 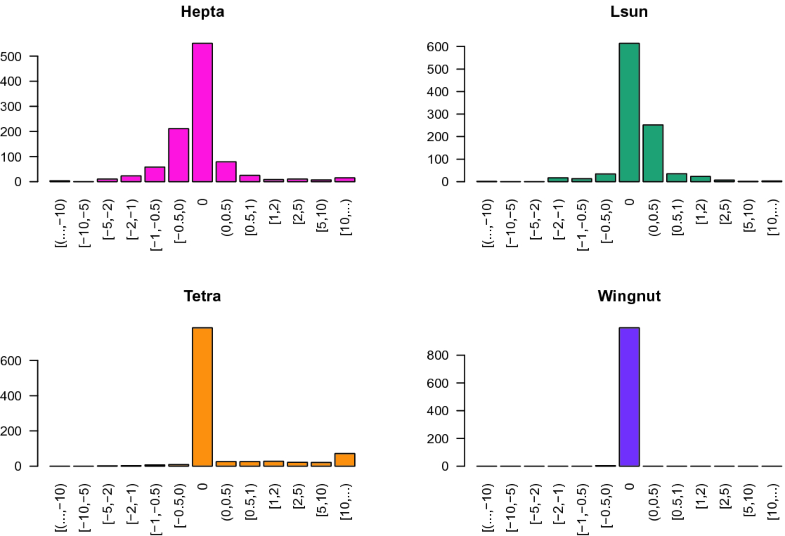 A Supplementary Material for the \(K\)-Means-Algorithm

This appendix contains some supplemental material for the \(K\)-Means-Algorithm.

A.1 Visualization of the \(K\)-Means-Algorithm

We first present a visualization of the \(K\)-Means-Algorithm in Fig. 5.

We now present the exact workings of the \(K\)-Means-Algorithm in Algorithm 3, where operations like addition and division are performed component-wise if applied to vectors.

B Operations for Fractional Encoding

This section presents how to build the elementary operations for Fractional Encoding from routines to perform addition, multiplication and comparison on numbers that are encoded in binary fashion. We denote these routines with \(\texttt {Add}(a,b), \texttt {Mult}(a,b)\) and \(\texttt {Comp}(a,b)\), where the latter returns 1 (encrypted) if \(a< b\) and 0 otherwise. Then if we want to operate on values encoded in this way, we can express the operations using the subroutines from the binary encoding as follows:

C Details of the Approximate Algorithm

In this section, we present the details of the approximate version of our algorithm.

Recall the main idea: Since the Compare function is linear in the length of its inputs, speeding up this building block would make the entire computation more efficient. To do this, first recall that we encode our numbers in a bitwise fashion after having scaled them to integers. This means that we have access to the individual bits and can, for example, delete the \(S\) least significant bits, which corresponds to dividing the number by \(2^S \) and truncating. Let \(\tilde{X}\) denote this truncated version of a number X, and \(\tilde{Y}\) that of a number Y. Then \(\texttt {Compare} (\tilde{X},\tilde{Y}) = \texttt {Compare} (X,Y)\) if \(|X-Y|\ge 2^S \), and may or may not return the correct result if \(|X-Y|< 2^S \). However, correspondingly, if the result is wrong, the centroid that is wrongly assigned to the data entry is no more than \(2^S \) further from the data entry than the correct one. We propose to pick an initial \(S\) and decrease it over the course of the algorithm, so that accuracy increases as we near the end. The exact workings of this approximate comparison, denoted ApproxCompare, can be seen in Algorithm 4.

In this section, we compare the performance of the stabilized \(K\)-Means-Algorithm using this approximate comparison, denoted simply by “Approximate Version”, to the original and stabilized \(K\)-Means-Algorithm on our data sets.
Accuracy. Recall from Sect. 5.1 that we scaled the data with the factor \(2^{20}\) and truncated to obtain the input data. This means that for \(S =5\), a wrongly assigned centroid would be at most \(2^5\) further from the data entry than the correct centroid on the scaled data - or no more than \(2^{-15}\) on the original data scale. We set \(S =\min \{7,(T/5)-1\}\) where \(T \) is the number of iterations, and reduce \(S\) by one every 5 rounds. We again examine the average (over 1000 iterations) difference in the misclassification rate to both the exact algorithm and the stabilized algorithm.

The results for both distance metrics can be seen in Figs. 6 and 7. We see that again, \(T=40\) iterations is a reasonable choice because the algorithms do not seem to converge further with more rounds. We now again look at the distribution of the ratios in Fig. 8 (for the approximate versus the exact \(K\)-Means-Algorithm) and Fig. 9 (for the approximate versus the stabilized \(K\)-Means-Algorithm). Figures for the \(L_2\)-norm can be found in the extended version of this paper.

Runtime. We now examine how much gain in terms of runtime we have from this modification. Recall that it took about 1.5 years to run the exact algorithm, and 25.93 days to run the stabilized version. The approximate version runs in 25.79 days, which means a difference of about 210.7 min.

Conclusion. In conclusion, the approximate comparison provides the user with an easy method of trading in accuracy for faster computation, and most importantly, this loss of accuracy can be decreased as computations near the end. However, for the specific application of the \(K\)-Means-Algorithm, these gains were unfortunately swallowed by the rest of the computation.