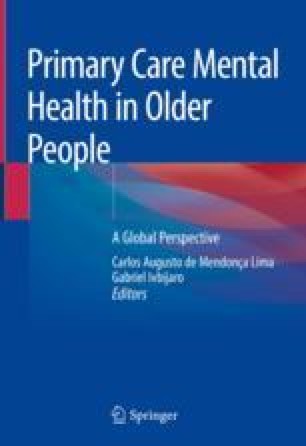 For frontal dysexecutive testing, the Frontal Behavioural Inventory (FBI) provides a useful schedule of 24 items which can be used in primary care setting [31].

Numerous assessments exist, and many brief assessments have been developed which are easy to administer and score. An important aim of using these screening instruments is to pick up cases of dementia as early as possible, since studies have shown that more than 50% of cases of dementia, most especially the mild to moderate ones, are missed by clinicians during routine clinical evaluation. They are simple to administer and require little time to do so.

Note: Most of these instruments are standardized screening tools for dementia in accordance with internationally recognized guidelines. It should however be noted that clinicians and researchers in multi-ethnic and diverse cultural societies in Asia and Africa have customized few of these screening tools to the culture, language and literacy level of their local populations, such as “Test of Senegal,” developed for sub-Saharan African population. Other examples of such customized screening inventories are from the Indianapolis-Ibadan Dementia Project (IIDP) domiciled in Ibadan, Nigeria, that is, “Clinical Home-based Interview to assess Function” (CHIF), which measures activities of daily life drawing out statements from existing standard questionnaires, and “stick design”, a questionnaire that measures visuo-constructional abilities. For indigenous Australians, the Kimberley Indigenous Cognitive Assessment (KICA) tool [38] has been well validated for this population.