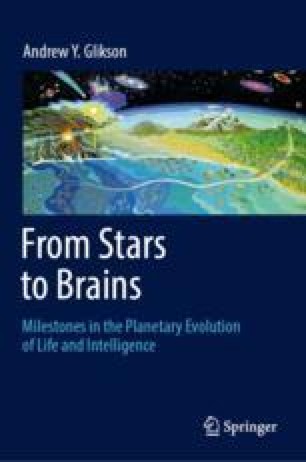 From Stars to Brains: Milestones in the Planetary Evolution of Life and Intelligence pp 143-152 | Cite as

Sometimes I am not sure

whether we are dreaming life

or whether life is dreaming us?

“I believe that the reality exposed by modern physics is

Fundamentally alien to the human mind and defies all power

of direct visualisation.” …. “The culmination of these ideas

is the so-called superstring theory, which seeks to unite

space, time and matter, and to build up all of them from the

(Paul Davies and John Gribbin, in “The Matter Myth”)

As the sun plots an arc in the sky

Toward a crimson sunset that vies

But time will fly all too fast

The mulga snake that vanished in dust

As a rabbit shot down its hole

When seconds melted away

On our last long distance call -

When you will be here.