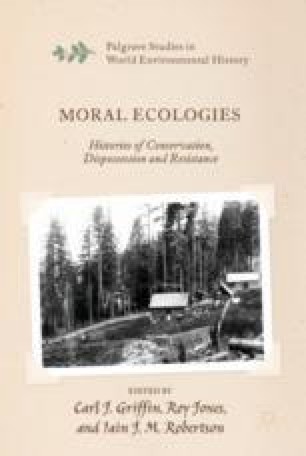 A “Moral Ecology” of Afrikaner Settlement in German East Africa, 1902–1914

Afrikaner immigration to German East Africa before the First World War was a bellwether for further white settlement, providing Afrikaners escape from British rule following the South African War. Settled primarily around Mt. Meru, Afrikaner immigration expedited the enclosing of the landscape, the displacement of African agro-pastoralists, and curtailment of their rights to land, pasture, and water. But Afrikaners themselves quickly contested German policies, especially restrictions on hunting, transhumance, and mobility. Drawing on moral frameworks derived from their South African past, Afrikaners were an unusual example of agents of colonial enclosure resisting its main prerequisite, namely the requirement to fence their lands. Depicted in colonial-era discourses as a violent and backward population, this chapter uncovers the hidden history of Afrikaner resistance to German settlement policy.