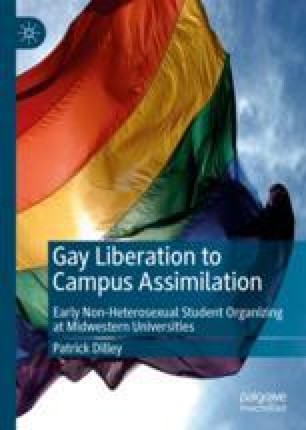 An Introduction to Early Gay and Lesbian Campus Organizing

In this chapter, I provide an introduction to early gay and lesbian campus organizing at Midwestern universities. Jack Baker, the first openly gay person elected student body president, is a focus of this chapter, as is the ethos and philosophies of the early Gay Liberation Front movements and members of the late 1960s and early 1970s.