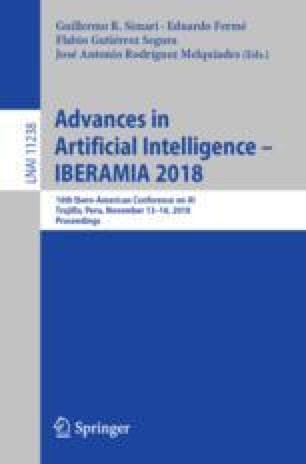 Numerous investigations have been reported on learning suffixes and suffixation operations using a lexicon or corpus of a language, for tackling out-of-vocabulary (OOV) words [1, 2, 3]. Beyond mere words or word forms, morphological similarities between known word to word translation forms have also been explored as a means to generalise the existing examples for automatic induction of word-to-word translations [4]. Learning approaches such as these employ available bilingual examples in inducing new translations that are infrequent or have never been encountered in the corpus used for lexicon acquisition. Approaches that allow simultaneous learning of morphology from multiple languages work well in inducing morphological segmentation by exploiting cross-lingual morpheme patterns [5]. The underlying benefit is that morphological structure ambiguous in one language is explicitly marked in another language. Along similar lines, is the bilingual learning approach [6] that works in improving the coverage of available bilingual lexica by employing bilingual stems, suffixes and their clusters, thereby generating those OOV word to word translations that remain missing.

Güvenir et al. [7] use analogical reasoning between translation pairs to learn structural correspondences between two languages from a corpus of translated sentence pairs.

Another approach for generating generalised templates is based on finding common patterns in a bilingual corpus [9]. Combination of commonly used approaches such as, identifying similar or dissimilar portions of text in groups of sentence pairs, finding semantically similar words, finding syntactic correspondences employing dictionaries and parsers, are used in identifying common patterns. Upon grouping the semantically related phrase-pairs based on the contexts, templates are induced by replacing clustered phrase-pairs by their class labels.

The bilingual stems [6] induced from similar bilingual pairs (translations), employed in template induction, is in line with the aspects related to the identification of common and different parts proposed by Gangadharaiah et al. [9]. While this identification relies on sentence pairs in their approach, word-to-word translation pairs form the source of our study. The common parts, referred to as bilingual stems, correspond to semantically similar morph-units and these bilingual segments conflates the meaning conveyed by similar translation pairs. The different parts represent their bilingual morphological extensions, referred to as bilingual suffixes. Our work loosely coincides with the approach proposed by Gangadharaiah et al. [9] in the use of clusters. Nevertheless, in our approach, clusters of bilingual stems aid in suggesting new translations after the induction of translation templates.

We used English-Portuguese (EN-PT) bilingual lexicon acquired automatically employing various extraction techniques [10, 11, 12, 13, 15] applied on aligned parallel corpora2. Methods proposed by Brown et al. [10] and Lardilleux and Lepage [11] were employed for initial extractions. The former provides an alignment for every word in the corpus based on corpus-wide frequency counts, while the latter follows random sub-corpus sampling. In a different strategy, a bilingual lexicon was used to initially align parallel texts [14, 15]. New3 term-pairs were then extracted from those aligned texts. In this setting, the extraction method proposed by Aires et al. [12] employs the alignments [14, 15] as anchors to further infer alignments for neighbouring unaligned words, based on co-occurrence statistics. The extracted term-pairs were manually verified and the correct ones were added to the bilingual lexicon, marked as ‘accepted’, with the incorrect ones marked as ‘rejected’. Remaining extractions were done following two different approaches proposed by Gomes and Lopes [13, 15], one of which is based on combining the co-occurrence statistics with SpSim - a spelling similarity score for estimating the similarity between words, and the other based on translation templates. It is to be noted that, unlike the templates induced using the approach proposed in this paper, the templates used for extraction [15] were handwritten. Using the handwritten templates enabled extraction of translation equivalents with very high precision. 16 most productive EN-PT patterns extracted 228,645 translation equivalents with precision as high as 98.63\(\%\) and 2,631 EN-PT patterns extracted 217,775 translation equivalents with precision 97.21\(\%\) [15]. These results further motivated us to research on the use of human validated bilingual lexicon in automatic template induction for generating missing translations.

Entries in the lexicon were classified as ‘accepted’ or ‘rejected’ automatically using SVM based classifiers [16] and were later validated by linguists making use of a bilingual concordancer [17]. The translation lexicon thus obtained, being sufficiently large with enough near word and phrase translation forms, was used in a bilingual morphology learning framework for lexicon augmentation, yielding bilingual stems, suffixes and their clusters (further discussed in Sect. 3.2).

Let P be a validated bilingual lexicon of unigram to n-gram, n-gram to unigram translations.

Bilingual/Translation Lexicon (P). The Translation lexicon used for template induction consists of unigrams (taken as a single word - any contiguous sequence of characters) in the first language cross-listed with their corresponding translations consisting of n-grams (contiguous sequence of n words, 2 \(\le \) n \(\le \) 4) in second language or vice-versa, such that they share the same meaning or are usable in equivalent contexts. Examples illustrating bilingual variants are shown in Table 2.
Table 2.

List of Bilingual Stems. These are orthographically and semantically similar bilingual segments shared by similar surface translation forms and are induced by applying the bilingual learning mechanism [6] on the translation lexicon L containing only word-to-word translations. Column 3 of Table 1 lists various bilingual stems with their respective morphological extensions in column 2.

The steps involved in translation template induction are as outlined in Algorithm 1. The approach employs a lexicon of translations P (consisting of unigram to n-gram and n-gram to unigram translations), and a dictionary of bilingual stems, S. We begin by building separate keyword trees (Trie) of all stems in \(S_{L1}\) (say, \(T_{L1}\)) and \(S_{L2}\) (say, \(T_{L2}\)). We extend the keyword tree into an automaton to allow O(k) lookup time, where k is the size of the key. The Aho-Corasick set matching algorithm [18] is then applied to look for all occurrences of matching bilingual stems in each of the translations under consideration. Specifically, this involves for each bilingual pair (\(p_{i}\), \(p_{j}\)) in P, traversing the phrase \(p_{i}\) over the built automaton \(T_{L1}\) and similarly traversing \(p_{j}\) over \(T_{L1}\) to find all matching stems. If the matching stems happen to be the translations of each other (i.e., a bilingual stem existing in S), we generalise the stem in first language with a wildcard symbol \(\$_{a}\) and with \(\$T_{a\#b}\) in second language, where a and \({a\#b}\) represent the identifiers of the matched stems in L1 and L2, respectively.

Upon induction of preliminary translation templates as specified in Algorithm 1, new translations are automatically suggested by employing clusters of bilingual stems and suffixes. Generation of new translations involves the following steps:

The statistics of translation templates learnt from EN-PT bilingual lexicon using the dataset described in Sect. 5.1 are presented in Table 5.
Table 5.

Table 6 presents few of the randomly chosen templates that were automatically induced from unigram to n-gram and n-gram to unigram translations.
Table 6.

Unigram to bigram and bigram to unigram translation templates

Manual evaluation of a subset of induced templates showed that few of the templates induced were too specific and were less productive. Translation templates presented in Table 7, for instance, are unproductive as they do not contribute to any new translation forms.
Table 7.

Generalising each of the induced templates by replacing the initial representations (indicating specific stem pairs such as \(\$_{9800}\) \(\leftrightarrow \) \(\$T_{9800\#4}\)) with \(\$\) \(\leftrightarrow \) \(\$T\) and counting the occurrence frequency of the resulting templates, we observed that the templates shown in Table 7 appeared only once. Thus, by generalising and filtering the induced translation templates based on the occurrence frequency we were able to discard templates that are unproductive. Alternatively, to avoid over-generations, templates sharing same contexts were further grouped together yielding generalised templates. In other words, after the stems were generalised to a wildcard symbol of the form \(\$_{a}\) \(\leftrightarrow \) \(\$T_{a\#b}\) as explained in the Sect. 4, the preliminary set of induced templates were clustered by finding stems that shared common contexts, where the context comprised of the suffix and other surrounding words. These clustered templates are used to suggest new translation forms that remain missing from the lexicon.

Unlike the hand-written templates proposed by Gomes [15] that are highly precise and productive in extracting translation equivalents, the templates induced using the approach proposed in this paper are particularly suitable for automatic translation generation. While the hand-written templates generated are intended for aligning and extraction of translation equivalents from parallel corpora [15], the templates generated lack information about the suffixes and hence is not adequate for translation generation, which is addressed in this study.

We have presented a method for automatic induction of translation templates from a lexicon of unigram to n-gram, n-gram to unigram translations using bilingual stems, suffixes and their clusters. By generalising the induced templates using clusters of bilingual stems and suffixes, new translations can be automatically suggested. The contributions of the study can be summarised as follows:

As future work, we intend to focus exclusively on generation of lexical entries considering the templates induced using the approach proposed in this paper and taking into account those stem pairs that belong to a cluster [6]. Further, the inflection-based method could be generalised so as to make it applicable to any morphological phenomenon representing grammatical information, rather than just verb forms. Learning bilingual prefixes using the previously proposed algorithm [6] could be explored in future.

K. M. Kavitha and Luís Gomes acknowledge the Research Fellowship by FCT/MCTES with Ref. nos., SFRH/BD/64371/2009 and SFRH/BD/65059/2009, respectively, and the funded research project ISTRION (Ref. PTDC/EIA-EIA/114521/2009) that provided other means for the research carried out. The authors thank NOVA LINCS, FCT/UNL for the support and SJEC for the partial financial assistance provided.