Special Correspondence and the Newspaper Press in Victorian Print Culture, 1850–1886 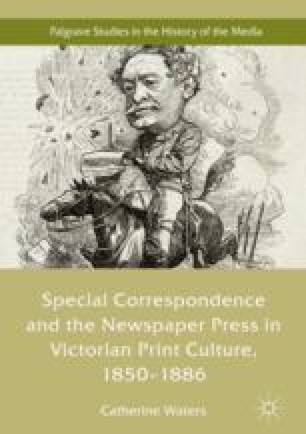 Although commonly associated with the reporting of conflict, when, in George Augustus Sala’s words, there was ‘no war afoot’, the Victorian special correspondents were routinely deployed to report on domestic events. This chapter examines some of their standard assignments at home, ranging from investigative journalism exposing urban poverty, such as John Hollingshead’s 1861 series on ‘London Horrors’, to reports on annual occasions in the British calendar, such as the ‘Autumn Manoeuvres’ of the army on Salisbury Plain. While the special was less likely to become the hero of his own story in undertaking these less hazardous duties at home, his correspondence about domestic events remained a source of popular appeal, even as it continued to attract criticism for its sensationalism from conservative commentators.