Ireland and Masculinities in History 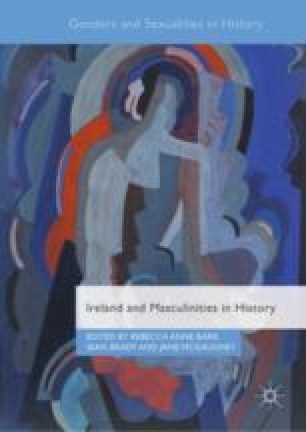 Ireland and Masculinities in History pp 19-38 | Cite as

Caught in a Contract: Congreve, Farquhar and Contractarian Masculinities

This essay analyses the inscription of manliness through the mechanics of contract-making in seventeenth- and eighteenth-century Irish dramas. The works of William Congreve and George Farquhar are ‘full of contracts’, effectively dramatising a moment in history when contracts appear to replace hierarchical obligations as a medium of social exchange. Analysing comedies such as The Way of the World through the lens of contract theory, this chapter argues that their plots and character types dramatise the uneven distribution of agency within, as well as across, genders. Building on the work of Bridget Orr, this chapter argues that contract’s function as a gendered index of marginal or mainstream political status provides a context to discuss these authors’ problematic place within cultural histories of Irishness.