The Prophetic Dimension of Sport 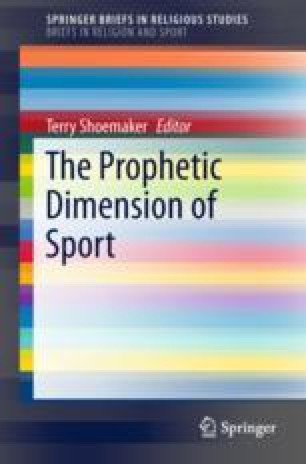 The Prophetic Dimension of Sport pp 7-14 | Cite as

If sport can be understood as a kind of religion, then one may reasonably wonder about whether or not sport has a prophetic dimension. In other words, sport often has been understood to reflect the dominant values of culture. But does sport challenge those values, as religions throughout time have challenged the values of their cultures? This chapter argues that sport indeed has a prophetic dimension. In fact, at a time when sport increasingly is taking on various functions that are stereotypically the purview of institutional religion, the prophetic dimension of sport is needed more than ever. In making his case, the author draws upon the work of sociologist Harry Edwards, ethicist Robert L. Simon, and journalist/author Dave Zirin.