Natural Products as Source of Molecules with Therapeutic Potential 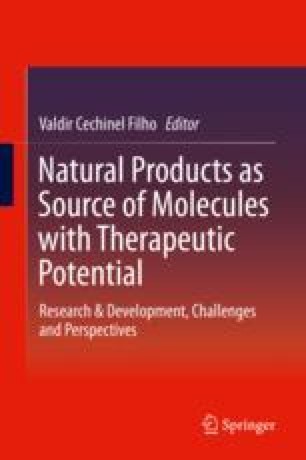 In the Member States of the European Union, there have been diverse traditions with respect to usage of medicinal plants, and different approaches were followed at the national level. In order to harmonize assessment of herbal medicinal products and to facilitate access to the market in different Member States of the European Union, a common law was enforced in the European Union. The legal framework provided a set of basic definitions, laid down the options to grant access to the market and set the basic framework to have common standards and requirements for herbal medicinal products in the European Union. A Committee on Herbal Medicinal Products (HMPC) was established at the European Medicines Agency in 2004. The most important task of the HMPC is the development of European Union monographs which recommend harmonized standard for safety and efficacy of herbal substances and preparations thereof. With respect to the existing level of evidence, monographs are addressing a well-established use or if the evidence is not sufficient a traditional use. The HMPC is an excellent model how scientific evaluation of herbal medicines can be harmonized and set accepted and science-based standards to ensure public health.

The views expressed in this article are the views of the authors and may not be understood or quoted as being made on behalf of or reflecting the position of the European Medicines Agency or one of its committees or working parties. There is no conflict of interest.

The data and figures provided are based on data available in April 2018.