The History of Meteorology: to 1800 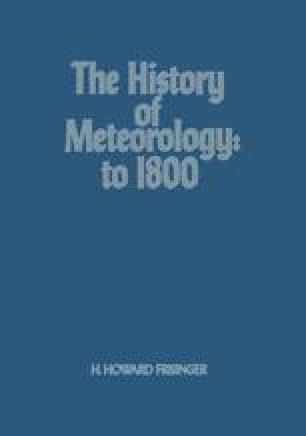 The End and the Beginning

The pattern of investigation evolved in the development of the pressure-height problem became the model for much of later meteorological development, including dynamic meteorology. In this pattern, the first step was the discovery of a basic atmospheric property. Next, attempts were made to establish a mathematical relationship between two or more of the involved variables. The last step was to express mathematically the corrections to the basic relationship, which had been empirically discovered. This method became the basis of dynamic meteorological development in the nineteenth and twentieth centuries.1