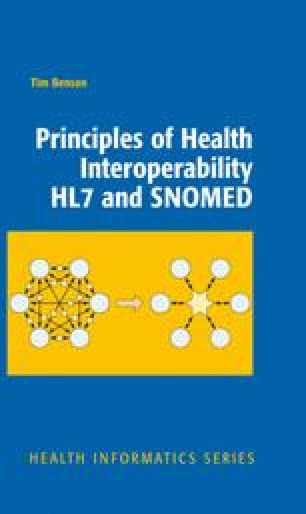 Even its supporters accept that HL7 V2 was developed in an ad hoc and unplanned way. For example, when an additional element is needed, it is added in the next available spot. Perhaps more importantly, V2 provides multiple ways of doing the same thing, leading to the well-founded jibe: “when you have seen one implementation of V2, you have seen one implementation; every one is different.”

Work on HL7 Version 3 began in 1992 with the establishment of the HL7 Version 3 Task Force. As with many things, many of its characteristics are best understood by considering its origins as the planned successor to Version 2. The HL7 web-site explains the rationale for V3 as follows: Offering lots of optionality and thus flexibility, the V2.x series of messages are widely implemented and very successful. These messages evolved over several years using a “bottom-up” approach that has addressed individual needs through an evolving ad hoc methodology. There is neither a consistent view of that data that HL7 moves nor that data’s relationship to other data.

Data Type Code Attribute Clinical Document Architecture Subjunctive Mood Basic Data Type
These keywords were added by machine and not by the authors. This process is experimental and the keywords may be updated as the learning algorithm improves.
This is a preview of subscription content, log in to check access.