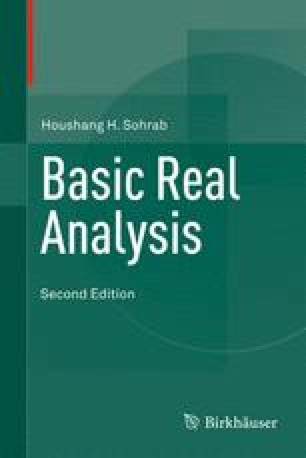 Set theory is an important part of the foundation of mathematics and its rigorous treatment is beyond the scope of this book. The material in this chapter is included mainly to make the book self-contained as far as elementary set theory is concerned. Consequently, the readers need not go through the entire chapter to proceed further. In fact, they can skip most sections and return to the corresponding topics later if a reference makes it necessary. The first section introduces rings and algebras of sets and the standard set theory notation to be used throughout the book. Next, relations and functions are briefly covered, including equivalence and order relations. The third section is a quick review of algebraic structures (groups, rings, etc.) and some elementary number theory and combinatorial questions. Finally, the last section covers infinite direct products and cardinal numbers. Most readers of this book may have already seen the material covered in this chapter before, possibly in slightly different form. It should be pointed out that the topics in this chapter will be referred to on several occasions in subsequent chapters and most of the results will be needed later.

Combinatorial Questions Elementary Number Theory Infinite Direct Product Inclusion Exclusion Principle Well-defined Binary Operation
These keywords were added by machine and not by the authors. This process is experimental and the keywords may be updated as the learning algorithm improves.
This is a preview of subscription content, log in to check access.