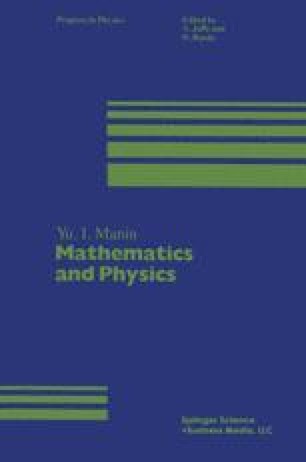 Space-Time as a Physical System

Chapter
Part of the Progress in Physics book series (PMP)

We feel ourselves localized in space and lasting in time, and, in the last analysis, almost all schemes of modern physics describe events that are happening in the arena of space-time. However, since the time of the creation of general relativity theory and quantum mechanics, there has been an increasing tendency to consider space-time as a physical system in its own right. The principles for describing space-time still remain classical. The difficulties of quantum field theory apparently point to a contradiction between these principles and universal quantum laws.

Light Cone Inertial Observer Timelike Geodesic Flat World Identical Quantum Particle
These keywords were added by machine and not by the authors. This process is experimental and the keywords may be updated as the learning algorithm improves.

“I do not define time, space, place, and motion, as being well known to all.” (I. Newton)

“ ... time and space are modes by which we think and not conditions in which we live.” (A. Einstein)