Legends in Their Own Time 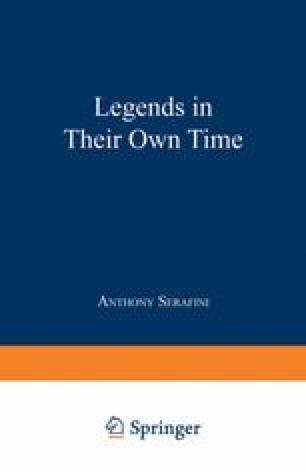 At about the time Linus Pauling was just beginning to think about the nature of the chemical bond, another scientist, Arthur Compton, was clearing away more mysteries surrounding the new science of quantum mechanics. In his classic paper, “A Quantum Theory of the Scattering of X-rays by Light Elements,”1 Compton points out that “. . . J. J. Thomson’s classical theory of the scattering of X-rays, though supported by the early experiments of Barkla and others, has been found incapable of explaining many of the more recent experiments.” (The experiments were those Compton himself had carried out. According to his findings, when X rays impinged on the surface of a crystal, the crystal reflected them at a lower frequency than they had when they first hit the crystal. This would be like visible light of one color hitting a mirror, and then being reflected as a different color.)

Nobel Prize Compton Scattering Photoelectric Effect Compton Effect Billiard Ball
These keywords were added by machine and not by the authors. This process is experimental and the keywords may be updated as the learning algorithm improves.
This is a preview of subscription content, log in to check access.