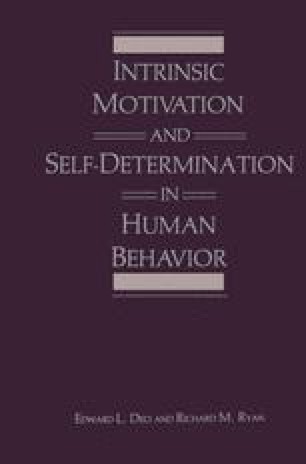 Sports are the focus of a tremendous amount of energy and resources among the people of industrialized nations. Twenty million American youngsters between the ages of 6 and 16, for example, participate in organized sports programs (Magill, Ash, & Smoll, 1978), and numerous sporting events draw the attention of tens of millions of television viewers. Although the history of organized sport dates back to ancient times, most social commentators agree that the magnitude of involvement, both in terms of numbers and time, has never been greater and is continuing to rise.

Intrinsic Motivation Football Player Extrinsic Motivation Direct Competition Verbal Feedback
These keywords were added by machine and not by the authors. This process is experimental and the keywords may be updated as the learning algorithm improves.
This is a preview of subscription content, log in to check access.