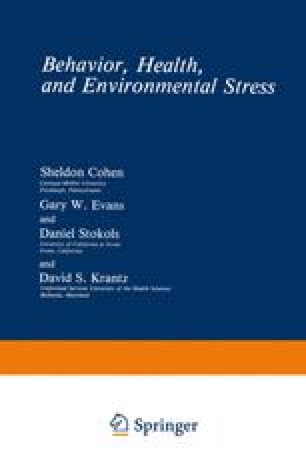 Many early human behaviors, such as visual exploration, grasping, crawling, and attention toward novel stimuli, share a common biological basis of competence, striving for effective interaction between the human infant and the environment. Since White’s original arguments on the validity of effectance motivation as a model of human behavior, a large, complex literature has evolved on the importance of personal control in human behavior. The major thrust of this work has argued that human beings have a strong need for self-efficacy (Averill, 1973; Lefcourt, 1973). Furthermore, it is generally more adaptive and healthier to exercise control over the environment when the opportunity to do so is available (Glass & Singer, 1972; Rotter, 1966, 1975). Finally, when confronted with situations that are uncontrollable, people may suffer negative consequences including negative affect and reduced motivation to establish subsequent instrumental behaviors when they have the freedom to do so (Seligman, 1975).

Cognitive Control Behavioral Control Personal Control Aversive Event Aircraft Noise
These keywords were added by machine and not by the authors. This process is experimental and the keywords may be updated as the learning algorithm improves.
This is a preview of subscription content, log in to check access.