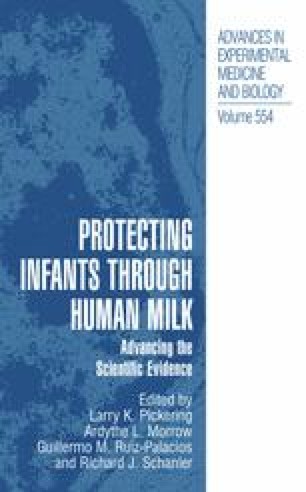 The Optimal Duration of Exclusive Breastfeeding

Although the health benefits of breastfeeding are acknowledged widely, opinions and recommendations are divided on the optimal duration of exclusive breastfeeding. We systematically reviewed available evidence concerning the effects on child health, growth, and development and on maternal health of exclusive breastfeeding for 6 months vs. exclusive breastfeeding for 3–4 months followed by mixed breastfeeding (introduction of complementary liquid or solid foods with continued breastfeeding) to 6 months. Two independent literature searches were conducted, together comprising the following databases: MEDLINE (as of 1966), Index Medicus (prior to 1966), CINAHL, HealthSTAR, BIOSIS, CAB Abstracts, EMBASE-Medicine, EMBASE-Psychology, Econlit, Index Medicus for the WHO Eastern Mediterranean Region, African Index Medicus, Lilacs (Latin American and Carribean literature), EBM Reviews-Best Evidence, the Cochrane Database of Systematic Reviews, and the Cochrane Controlled Trials Register. No language restrictions were imposed. The two searches yielded a total of 2,668 unique citations. Contacts with experts in the field yielded additional published and unpublished studies. Studies were stratified according to study design (controlled trials vs. observational studies) and provenance (developing vs. developed countries).

Twenty independent studies meeting the selection criteria were identified by the literature search: 9 from developing countries (2 of which were controlled trials in Honduras) and 11 from developed countries (all observational studies). Neither the trials nor the observational studies suggest that infants who continue to be exclusively breastfed for 6 months show deficits in weight or length gain, although larger sample sizes would be required to rule out modest increases in the risk of undernutrition. The data are conflicting with respect to iron status but suggest that, at least in developing-country settings, where iron stores of newborn infants may be suboptimal, exclusive breastfeeding without iron supplementation through 6 months of age may compromise hematologic status. Based primarily on an observational analysis of a large randomized trial in Belarus, infants who continue exclusive breastfeeding for 6 months or more appear to have a significantly reduced risk of one or more episodes of gastrointestinal tract infection. No significant reduction in risk of atopic eczema, asthma, or other atopic outcomes has been demonstrated in studies from Finland, Australia, and Belarus. Data from the two Honduran trials suggest that exclusive breastfeeding through 6 months of age is associated with delayed resumption of menses and more rapid postpartum weight loss in the mother.

Infants who are breastfed exclusively for 6 months experience less morbidity from gastrointestinal tract infection than infants who were mixed breastfed as of 3 or 4 months of age. No deficits have been demonstrated in growth among infants from either developing or developed countries who are exclusively breastfed for 6 months or longer. Moreover, the mothers of such infants have more prolonged lactational amenorrhea and faster postpartum weight loss. Based on the results of this review, the World Health Assembly adopted a resolution to recommend exclusive breastfeeding for 6 months to its member countries. Large randomized trials are recommended in both developed and developing countries to ensure that exclusive breastfeeding for 6 months does not increase the risk of undernutrition (growth faltering), to confirm the health benefits reported thus far, and to investigate other potential effects on health and development, especially over the long term.

Atopic Eczema Human Milk Exclusive Breastfeed Iron Status Weighted Mean Difference
These keywords were added by machine and not by the authors. This process is experimental and the keywords may be updated as the learning algorithm improves.
This is a preview of subscription content, log in to check access.