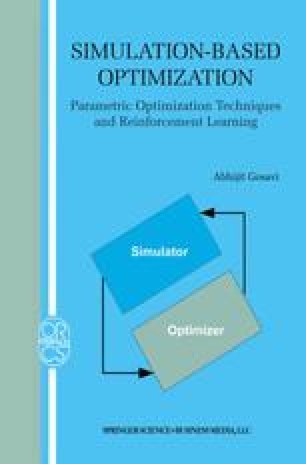 This chapter will discuss one of the oldest simulation-based methods of parametric optimization — namely, the response surface method. For simulation-optimization purposes, the response surface method (RSM) is admittedly primitive. But it will be some time before it moves to the museum because it is a very robust technique that often works well when other methods fail. It hinges on a rather simple idea — that of obtaining an approximate form of the objective function by simulating the system at a finite number of points, which are carefully sampled from the function space. Traditional RSM usually uses regression over the sampled points to find an approximate form of the objective function.

Neural Network Response Surface Hide Node Output Node Response Surface Method
These keywords were added by machine and not by the authors. This process is experimental and the keywords may be updated as the learning algorithm improves.

Go some distance away because the work appears smaller and more of it can be taken in a glance, and a lack of harmony or proportion is more readily seen.