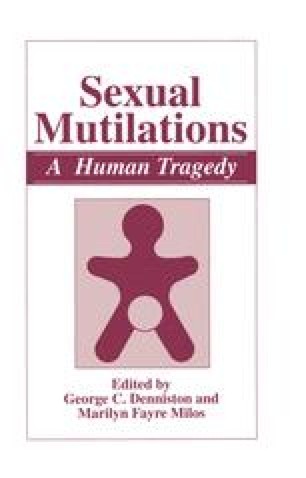 Similarities in Attitudes and Misconceptions about Male and Female Sexual Mutilations

Enlightened Westerners, existing in a world far removed geographically and psychologically from the strange and disturbing practices of sexual mutilation in Africa, may be tempted to disregard them as something that does not concern the West. The practice of female circumcision, which many Westerners regard as barbaric and irrational, however, has had its parallels throughout history in secular male circumcision, as practiced in the United States. The reasons given for female circumcision in Africa and for routine male circumcision in the United States are essentially the same. Politically, the underlying similarity between male and female sexual mutilations is that both are perpetrated by force on the generally unanesthetized, helpless bodies of unconsenting infants and children.

Male Circumcision Female Genital Mutilation Penile Cancer Female Circumcision Glans Penis
These keywords were added by machine and not by the authors. This process is experimental and the keywords may be updated as the learning algorithm improves.
This is a preview of subscription content, log in to check access.