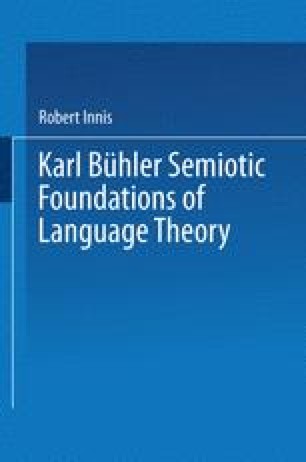 Empirical science is able to distinguish in each of its complex objects many, one can calmly say unlimitedly many, different ‘sides’; the same applies to language. Since, besides, speech and humanness [Menschsein], language and culture, language and society, and the history of humanity, language and logic, and still other topics stand in a recognized inner correlation, there is no lack of interests, questions, and stimuli flowing to linguistics from its neighbor sciences. And what discipline would not in some way abut the domain of language, starting with mathematics which today, in the interest of its own axiomatization, is vitally interested in general sematological problems and even with aesthetics, geography, and psychiatry? So there are names enough for part, intermediary, and auxiliary disciplines for linguistic research; there is a psychology of language, a pathology of language, a sociology of language, an aesthetics of language, and so forth. To the theorist of science, these hyphenated sciences are of no immediate interest, no matter how great their practical importance and how rich in conclusions their results in single cases may be for linguistics. What we are considering in the interest of an axiomatization of linguistic research are now neither parts nor modes of the speech event but the genuine fundamental aspects of the object. A first defining note was given to it by subsuming it under the class of innerwordly sign things.

Speech Action Linguistic Research Language Structure Linguistic Structure Language Science
These keywords were added by machine and not by the authors. This process is experimental and the keywords may be updated as the learning algorithm improves.
This is a preview of subscription content, log in to check access.