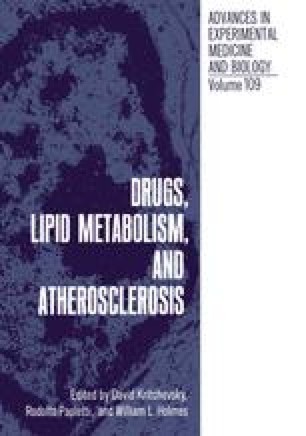 Four hundred fifty-eight men with coronary heart disease participated in a trial of secondary prevention for 2 to 7 years. Overall five year survival was 81%. For those with first heart attacks it was 86%.

From infarct to entry into the trial the majority of men had already made changes in their diet and smoking habit and has lost weight. They were allocated randomly to two dietary groups. In one group the diet consumed derived 9.8% of calories from saturated fatty acids and 15.1% from polyunsaturates. In the second group saturated fatty acids contributed 13.5% and polyunsaturated fatty acids 8.9% of total calories. Survival was slightly better in the second group. Multivariate analysis showed that none of the dietary factors were significantly related to survival. Prognosis was determined largely by the extent of the coronary and myocardial disease as judged by the usual clinical parameters. Recreational physical activity had a strong favourable influence on survival when all other factors were kept constant.

Although body weight and cigarette smoking were not significantly related to survival there are grounds for the belief that relative leanness and low cigarette consumption may have had a favourable influence in both dietary groups.

It is concluded that because of multiple changes in lifestyle men who have had myocardial infarction are not a good choice for testing the lipid hypothesis. Weight loss, reduction in cigarette smoking, increase in physical activity and other readjustments may well have more important beneficial effects than change in dietary lipids.

Secondary Prevention Serum Cholesterol Coronary Disease Recreational Physical Activity Coronary Drug Project
These keywords were added by machine and not by the authors. This process is experimental and the keywords may be updated as the learning algorithm improves.
This is a preview of subscription content, log in to check access.