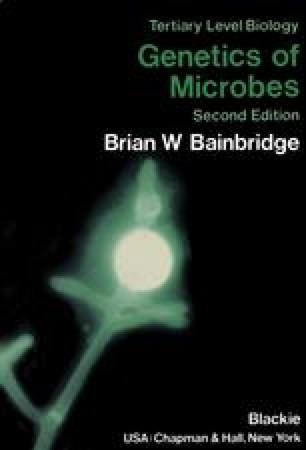 The Genetics of Streptomycetes

The streptomycetes are bacteria which produce small granular colonies with very thin hyphae and spores. In some ways they resemble the filamentous fungi, but their genetic systems and absence of a nuclear membrane firmly classifies them with the eubacteria. They are rarely dealt with in genetics textbooks, which is surprising as industrially they are very important. They are responsible for the production of 60% of all known antibiotics, including erythromycin, tetracycline and streptomycin. The filamentous habit and production of spores has prevented the analysis of recombination by some of the elegant techniques available for E. coli, but selective techniques showed that recombination could occur. Early work concentrated on Streptomyces coelicolor (Hopwood, 1967; Hopwood et al., 1973) but other species have now been studied (Hopwood and Merrick, 1977). In many ways the early literature is confusing, as the details of the various systems were not known. Strains will be described by the recent nomenclature which has been made possible by the discovery of two plasmids, SCP1 and SCP2, in S. coelicolor.

Circular Chromosome Blue Coloni Complete Pathway Selective Technique Recombinant Spore
These keywords were added by machine and not by the authors. This process is experimental and the keywords may be updated as the learning algorithm improves.
This is a preview of subscription content, log in to check access.