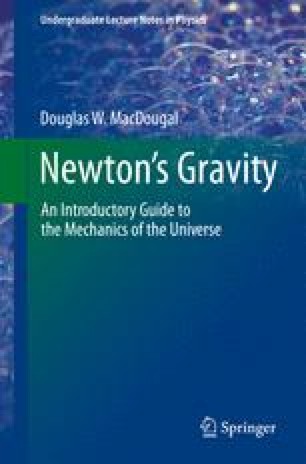 A Binary System Close to Home: How the Moon and Earth Orbit Each Other

The everyday notion of the planets revolving around the Sun, and the Moon revolving about the Earth – the concept of one large, fixed, and static body in the center and the satellite bodies revolving around it – is actually somewhat misleading. It depends upon one’s frame of reference. Surely if we could stand on the Sun, that would be our impression as to the planets, even though we know that all of them, and Saturn and Jupiter especially, exert their own smaller gravitational pull on the Sun and cause it to wiggle around a little irregular orbit of its own. And from our fixed reference here on Earth, the Moon naturally appears to revolve around it. Yet it too pulls on the Earth, and they both in fact orbit, albeit in vastly different arcs. Relative motion is an idea that took mankind a long time to understand and appreciate. Did it not seem natural for the Sun to be orbiting the Earth, when clearly the Sun’s motion was all that was detectable? Kepler wrestled with relative motion in trying to determine the motion of Mars from the Sun’s and not the Earth’s frame of reference. In fact all motions appear relative to the observer’s frame of reference. If one observes a system of two or more orbiting bodies from any frame of reference external to them, their orbits dance around a common center of mass. This point is usually called the barycenter of the system. The velocities of the masses in such a system depend upon the frame of reference from which they are measured. The velocity of one mass from the perspective of the center of mass will be quite different from the velocity measured from the other as the point of reference. Think about when you were on a train and another train on a parallel track inched by you in the same direction, or flew by in the opposite direction. You saw the other train’s velocity relative to you. In fact, the actual velocity of the other train, from the perspective of an observer external to both, was neither inching nor flying.

Irregular Orbit Fact Orbit Barycenter Everyday Notion Mutual Acceleration
These keywords were added by machine and not by the authors. This process is experimental and the keywords may be updated as the learning algorithm improves.
This is a preview of subscription content, log in to check access.

Cite this chapter as:
MacDougal D.W. (2012) A Binary System Close to Home: How the Moon and Earth Orbit Each Other. In: Newton's Gravity. Undergraduate Lecture Notes in Physics. Springer, New York, NY