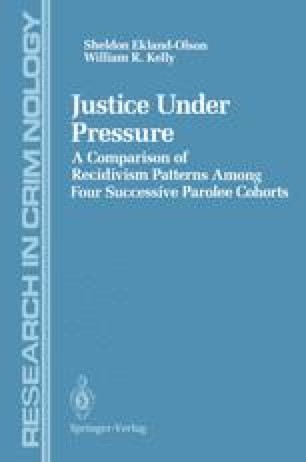 As states continue to rely on parole as a means of easing prison crowding and as political pressure accumulates regarding associated public safety risks (for example, Austin 1986; Hoffman and Stone-Meierhoefer 1979; Petersilia and Turner 1986; Gottfredson and Tonry 1987, among others), prediction of who is more or less likely to recidivate becomes increasingly important, especially in light of the attention being given to selective incapacitation (Blumstein et al. 1983; Greenwood 1983; Greenwood and Abrahamse 1982; von Hirsch and Gottfredson 1983–84; and Klein and Caggiano 1986).