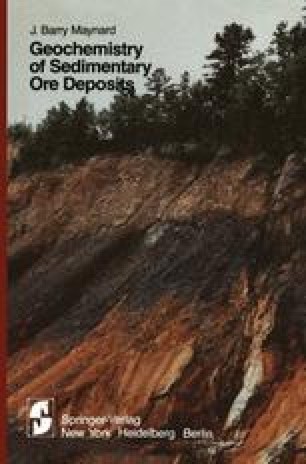 Lead and zinc are found in two distinct associations in sedimentary rocks: carbonate-hosted and shale-hosted. The carbonate-hosted ores are generally agreed to be epigenetic, deposited from low temperature hydrothermal fluids. The shale-hosted deposits are more controversial, but most appear to be at least partly syngenetic. Shale-hosted orebodies can be exceptionally large, and are perhaps the most popular exploration targets among sedimentary ores at the present time. A transitional form between these two, one that is accordingly given considerable attention, is syngenetic ore in carbonate rocks, such as at Tynagh, in Ireland.

Fluid Inclusion Carbonaceous Shale Saline Brine Seawater Sulfate Western Fault
These keywords were added by machine and not by the authors. This process is experimental and the keywords may be updated as the learning algorithm improves.

With that he roared aloud: the dreadful cry Shakes earth and air and seas; the billows fly Before the bellowing noise to distant Italy, The neighboring Aetna trembling all around, The winding caverns echo to the sound.

Polyphemus in The Aenead, Book III. From John Dryden (trans.), The Aeneid of Virgil. (New York: The Macmillan Company, 1965, page 114.) Reprinted with permission of the publisher.