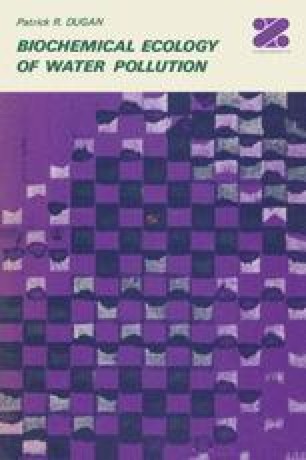 Pollution and Accelerated Eutrophication of Lakes

The term eutrophication refers to the natural self-enrichment of oligotrophic lakes. The enrichment implies an increase in organic matter in the lakes, which were once extremely low in organic content and also low in fixed inorganic carbon and nitrogen. Presumably, eutrophication is not apropos of increased biological enrichment in the oceans since they were not of glacial origin and did not contain relatively “pure” water. Indeed, the oceans are reported to have had up to 5 percent organic content in their primordial form, a grossly polluted condition by today’s standards. At any rate, we have argued that such terms as “pristine,” “pollution,” and “natural waters” are relative terms that must be considered within the context of people at a given point in time. Freshwater lakes as we know them are increasing in organic content, and the rate at which this is occurring is also increasing as a result of the activities of people.

Algal Cell Algal Bloom Sediment Formation Aluminum Phosphate Glacial Origin
These keywords were added by machine and not by the authors. This process is experimental and the keywords may be updated as the learning algorithm improves.
This is a preview of subscription content, log in to check access.