Philosophy, Children, and the Family 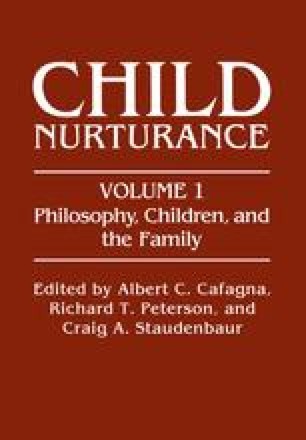 We are familiar with Victorian renditions of Ideal Maternal Love. My own favorite, like so many of these poems, was written by a son.

Daycare Center Feminist Study Public World Maternal Work Metaphysical Attitude
These keywords were added by machine and not by the authors. This process is experimental and the keywords may be updated as the learning algorithm improves.
This is a preview of subscription content, log in to check access.