The Merging of Disciplines: New Directions in Pure, Applied, and Computational Mathematics 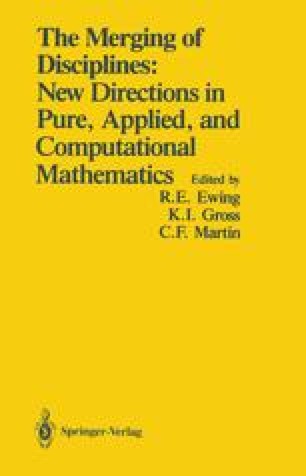 The Merging of Disciplines: New Directions in Pure, Applied, and Computational Mathematics pp 185-196 | Cite as

Newton’s Method Estimates from Data at One Point

Newton’s method and its modifications have long played a central role in finding solutions of non-linear equations and systems. The work of Kantorovich has been seminal in extending and codifying Newton’s method. Kantorovich’s approach, which dominates the literature in this area, has these features: (a) weak differentiability hypotheses are made on the system, e.g., the map is C 2 on some domain in a Banach space; (b) derivative bounds are supposed to exist over the whole of this domain. In contrast, here strong hypotheses on differentiability are made; analyticity is assumed. On the other hand, we deduce consequences from data at a single point. This point of view has valuable features for computation and its theory. Theorems similar to ours could probably be deduced with the Kantorovich theory as a starting point; however, we have found it useful to start afresh.

In honor of Gail Young