Open Problems in Communication and Computation 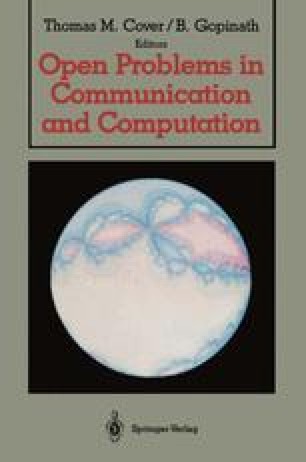 Open Problems in Communication and Computation pp 29-31 | Cite as

At the present state of development of multiuser Shannon theory, the main interest is in single-letter characterizations of achievable rate regions (capacity regions) of various source (channel) networks, such as source coding with side information, multiple descriptions, and broadcast channels. The mathematical background of most such problems is very similar, namely, an entropy or image size characterization in the sense of [1].

Capacity Region Side Information Minimum Cardinality Broadcast Channel Mathematical Background
These keywords were added by machine and not by the authors. This process is experimental and the keywords may be updated as the learning algorithm improves.
This is a preview of subscription content, log in to check access.