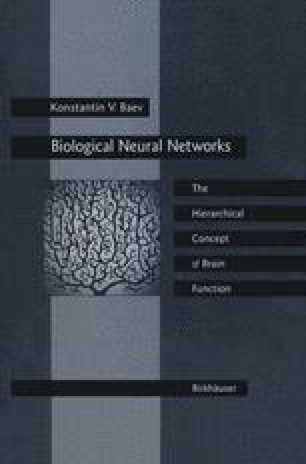 The Hierarchy of Neural Control Systems

Hierarchy is a widely used term in neurobiology. Its use is most often based on an intuitive understanding of the hierarchy concept and implies the subordination of one control level to another. A military hierarchy is a common example of herarchical relationships. A general gives orders to his officers who, in turn, give orders to their soldiers. A variety of other examples of hierarchies can be provided. However, one has to identify the very nature of a hierarchy in order to proceed with any theoretical reasoning. Otherwise, it is impossible to answer the following very important questions: Why are complex control systems hierarchical? And what is the major functional advantage of a hierarchy in a control system?